Wimbledon is a suburban district of south-west London, in the London Borough of Merton, located south of Wandsworth, east of Kingston upon Thames, west of Mitcham and north of Sutton. It is home to the Wimbledon Tennis Championships and New Wimbledon Theatre, and contains Wimbledon Common, one of the largest areas of common land in London. The residential area is split into two sections known as the "village" and the "town", with the High Street being part of the original medieval village, and the "town" being part of the modern development since the building of the railway station in 1838. 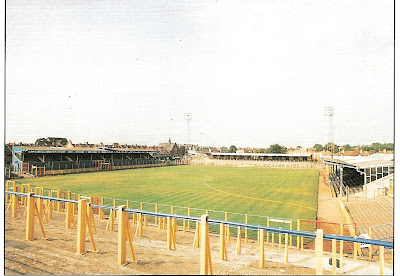 Wimbledon Old Central Football Club was formed in 1889, taking its name from the Old Central School on Wimbledon Common where players had been pupils. The club's first match was a 1–0 victory over Westminster, and it only took seven years for success to come to Wimbledon as the club won both the Clapham League and the Herald League in 1895–96. Wimbledon won the Isthmian League for the fifth time in 1958–59 before starting a period of domination that saw three successive championships – 1961–62, 1962–63 and 1963–64. Wimbledon also lifted the FA Amateur Cup in 1962–63, beating Sutton United 4–2: the club's all-time top goalscorer, Eddie Reynolds, scored all four Wimbledon goals with his head, and in doing so became the only player to have headed in all four of his side's goals in a Wembley match

This Pieman travelled with three school chums to the match. We opted for getting a Northern Line service to Tooting Broadway as this left a relatively short walk to Plough Lane. This was the romance of the FA Cup. Southern League Wimbledon at home to top flight Middlesbrough. The resultant 0-0 draw was not a disappointment as the non-leaguers more than matched their opponents and deserved their replay. 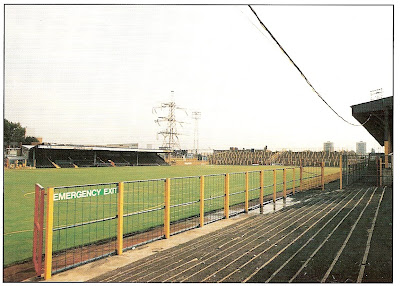 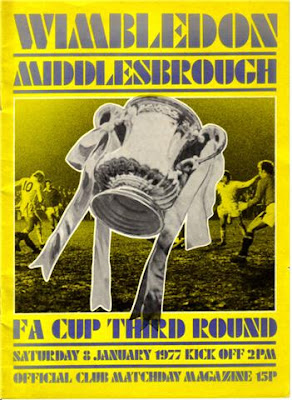 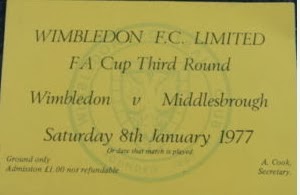 Total visits to this venue = 9