Nottingham is a city (and county town of Nottinghamshire) in the East Midlands of England. The centre of Nottingham lies on the River Leen and its southern boundary follows the course of the River Trent, which flows from Stoke to the Humber. In the 11th century, Nottingham Castle was constructed on a sandstone outcrop by the River Trent. The Anglo-Saxon settlement developed into the English Borough of Nottingham and housed a Town Hall and Courts. A settlement also developed around the castle on the hill opposite and was the French borough supporting the Normans in the Castle. Eventually, the space between was built on as the town grew and the Old Market Square became the focus of Nottingham several centuries later.

Meadow Lane, Nottingham, the home of the oldest Football League club - Notts County. Keith Burkinshaw's Spurs were having a good season following relegation to England's second tier and most supporters were optimistic of an immediate return to the top flight.

In those days, Spurs Supporters Club chartered special trains to the away matches. For this trip, St Pancras was the departure terminus and I was very surprised to be able to purchase the Notts County match programme prior to leaving London. On reflection was this an unwarranted surprise as the vendor was Jack Page?


The match was drifting away from Spurs as the home side led 3-1 but unsung hero John Pratt saved the day with two long range pile drivers. The other Spurs goal that day was scored by Colin Lee. The point gained in this match might not have seemed too significant at the time but considering that Spurs were promoted on goal difference ahead of Brighton & Hove Albion at the end of the season, it was crucial. The very large travelling support amongst the 15,709 crowd will always be grateful to JP. 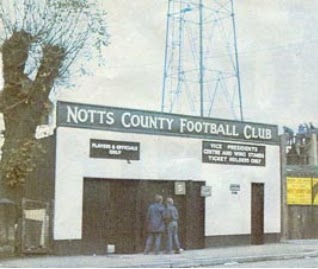 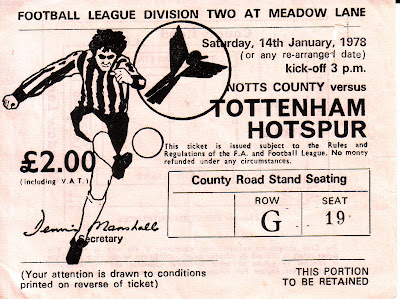 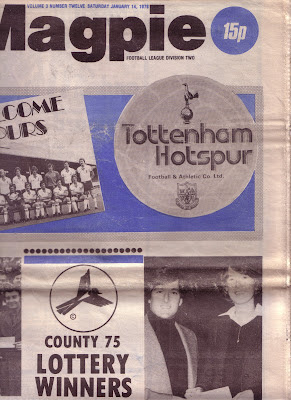