Sheffield is a city and metropolitan borough in South Yorkshire, England. It is so named because of its origins in a field on the River Sheaf that runs through the city. The city has grown from its largely industrial roots to encompass a wide economic base. Sheffield obtained worldwide recognition during the 19th century for its production of steel. Many innovations in the industry were developed locally, including crucible and stainless steel. This fuelled an almost tenfold increase in the population during the Industrial Revolution. It gained its city charter in 1893 and became officially titled the City of Sheffield. International competition caused a decline in local industry during the 1970s and 1980s, and at the same time the nearby national coal industry collapsed, affecting Sheffield's population.


In those days, Spurs Supporters Club chartered special trains and it was from London St Pancras that we set of for Sheffield Midland. From the station we were escorted to Brammall Lane and a fifteen-minute hike took half an hour. 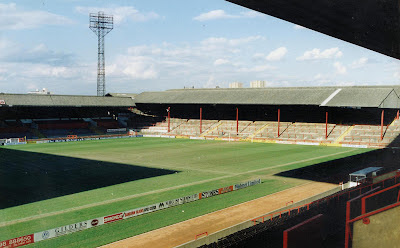 Spurs had beaten Sheffield United 4-2 in the opening match of this Second Division campaign and had gone behind to an early goal. A wake up call if you like, in highlighting that a return to the top flight was not going to be as easy as some might have thought (skin of their teeth in the end – Ed). On a cold January afternoon, both teams contributed to a classic English football match. Spurs eased themselves into a 2-0 lead through John Duncan and Peter Taylor, but the home side never gave up and claimed a draw with a battling performance. The 31,207 crowd will have been pleased with their afternoon’s sport. 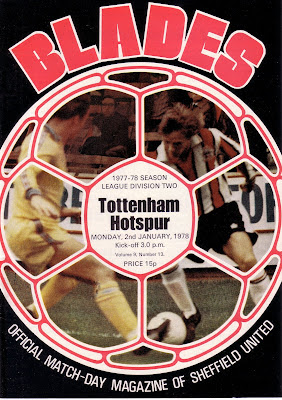 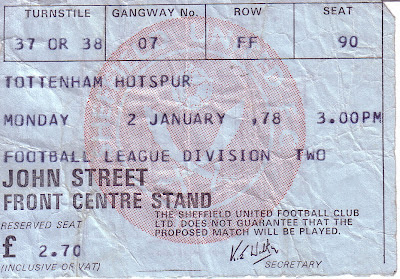