Falmouth is a town, civil parish and port on the River Fal on the south coast of Cornwall. The name Falmouth is of English origin, which recent Cornish language enthusiasts have translated to "Aberfal" based on Welsh precedents. It is claimed that an earlier Celtic name for the place was Peny-cwm-cuic, which has been Anglicized to 'Pennycomequick'. Falmouth was the site where Henry VIII built Pendennis Castle to defend Carrick Roads, in 1540. In the late 16th century, under threat from the Spanish Armada, the defences at Pendennis were strengthened by the building of angled ramparts. During the Civil War, Pendennis Castle was the second to last fort to surrender to the Parliamentary Army. In 1839 Falmouth was the scene of the gold dust robbery when £4,600 worth of gold dust from Brazil was stolen on arrival at the port. The Falmouth Docks were developed from 1858 and the Royal National Lifeboat Institution (RNLI) opened Falmouth Lifeboat Station nearby in 1867. The Cornwall Railway reached Falmouth on 24 August 1863. The railway brought new prosperity to Falmouth, as it made it easy for tourists to reach the town. It also allowed the swift transport of the goods recently disembarked from the ships in the port. The town now has three railway stations. During World War II, 31 people were killed in Falmouth by German bombing. It was also the launching point for the famous Commando raid on St Nazaire. An anti-submarine net was laid from Pendennis to St Mawes, to prevent enemy U-boats entering the harbour. 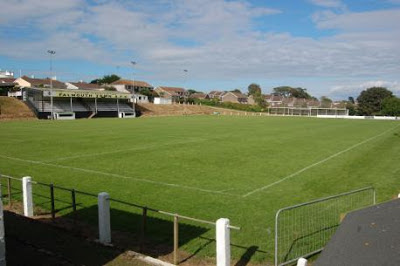 Falmouth Town FC was established in 1949.  They joined the old Cornwall Senior League in 1950 and a season later became founder members of the South Western League in 1951–52 playing their home games at Union Corner. The club then moved to Bickland Park in 1957. In their first season at the new ground the club won its first piece of silverware by winning the South Western League Cup and without conceding a goal during the competition. The cup was retained the following year when they beat Truro City 6–3 in the final. In the 1961–62 season the club won their first South Western League title, but also went on to complete a Cornish treble that season by winning the League Cup and the Cornwall Senior Cup. The next season the club reached the First round of the FA cup, and still being the only Cornish team to achieve this. In front of a record home crowd of 8,000, they played Oxford United losing 1–2. The club repeated their First round appearance again n 1967, when they lost 2–5 away to Peterborough United, and in 1969 when the met Peterborough again at their home ground losing 4–1 to the visitors. Under Manager Richard Gray the club won the Cornwall Senior Cup again in the 1964–65 season, and repeating the cup success a season later along with another South Western League title. The 1967/68 campaign saw the club achieve its second domestic treble, and in the 1970–71 season they repeated this feat again, but this time without losing a single match in all three competitions. The club then went on to dominate the league, winning the next three seasons League titles as well. After the fourth title at the end of the 1973–74 season the club then joined the Western league. In their first season in the Western League they completed the League and Cup double without losing a match. 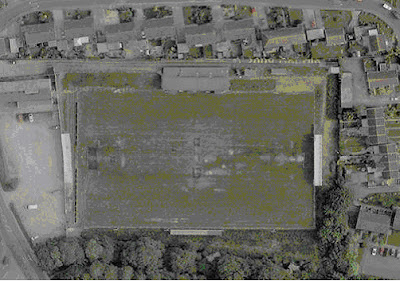 This Pieman was on holiday in Cornwall and chanced upon this evening pre season friendly. Bickland Park was a pleasant setting for the match where Plymouth Argyle snatched victory with a late goal. A match programme was not issued.