Bristol is a city, unitary authority and county in South West England. As a major seaport, Bristol has a long history of trading commodities, originally wool cloth exports and imports of fish, wine, grain and dairy produce, later tobacco, tropical fruits and plantation goods; major imports now are motor vehicles, grain, timber, fresh produce and petroleum products. Since the 13th century, the rivers have been modified for use as docks including the diversion of the River Frome in the 1240s into an artificial deep channel known as "Saint Augustine's Reach", which flowed into the River Avon. As early as 1420, vessels from Bristol were regularly travelling to Iceland and it is speculated that sailors from Bristol had made landfall in the Americas before Christopher Columbus or John Cabot. The merchants of Bristol, operating under the name of the Society of Merchant Venturers, sponsored probes into the north Atlantic from the early 1480s, looking for possible trading opportunities. In 1552 Edward VI granted a Royal Charter to the Merchant Venturers to manage the port. By 1670, the city had 6,000 tons of shipping, of which half was used for importing tobacco. By the late 17th century and early 18th century, this shipping was also playing a significant role in the slave trade. During the 18th century it was Britain's second busiest port. Deals were originally struck on a personal basis in the former trading area around The Exchange in Corn Street, and in particular, over bronze trading tables, known as "The Nails". This is often given as the origin of the expression "cash on the nail", meaning immediate payment, however it is likely that the expression was in use before the nails were erected. In addition to Bristol's nautical connections, the city's economy relies on the aerospace industry, defence, the media, information technology, financial services and tourism. Bristol's manufacturing activities expanded to include aircraft production at Filton, by the Bristol Aeroplane Company, and aero-engine manufacture by Bristol Aero Engines (later Rolls-Royce) at Patchway. The aeroplane company became famous for the World War I Bristol Fighter, and Second World War Blenheim and Beaufighter aircraft. In the 1950s it became one of the country's major manufacturers of civil aircraft, with the Bristol Freighter, the Britannia and the huge Brabazon airliner. In the 1960s Filton played a key role in the Anglo-French Concorde supersonic airliner project. The Bristol Aeroplane Company became part of the British partner, the British Aircraft Corporation (BAC). Concorde components were manufactured in British and French factories and shipped to the two final assembly plants, in Toulouse and Filton. 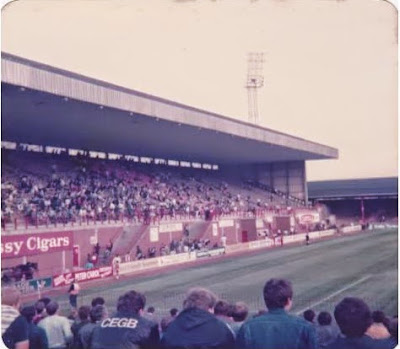 Bristol City FC was founded in 1894 as Bristol South End and changed their name to Bristol City on adopting professionalism three years later when they were admitted into the Southern League. Finishing as runners-up in three of the first four seasons, in 1900 the club amalgamated with local Southern League rivals Bedminster, who had been founded as Southville in 1887. City joined the Football League in 1901 when they became only the third club south of Birmingham to join the competition. Winning the Second Division Championship with a record number of points when they became the first club in Football League history to win 30 games as well as equalling Manchester United's achievement of the previous season in winning 14 consecutive games The club finished as runners-up in their inaugural First Division campaign (the only southern club to finish in the top two prior to World War 1). Three years later they won through to their only FA Cup Final, though they were somewhat fortunate that a last gasp spot-kick saved them from defeat in the semi-final versus Derby County at Stamford Bridge. Unfortunately, there was no such similar award to help them in the Final at the Crystal Palace as Manchester United took the honours 1–0. After a five season stay in the top flight, despite winning 1–0 at Newcastle at the start of the 1910–11 campaign, failure to beat Everton in the season's finale brought City's first ever taste of relegation and it was to be 65 years before top flight status would be regained. The 1920s were a rocky time as City bounced between the Second Division and the Southern Section of the Third Division. By the 1930s they had slumped into the lower division, and stayed that way until the Second World War. Harry Dolman became chairman in 1949, a post has held ever since. An engineer who had bought out the firm he worked for, he designed the first set of floodlights installed at Ashton Gate in the early 1950s. The late 1950s were a better time for City, with a five-year stay in the Second Division, a league they returned to for a further spell in 1965. In 1967, Alan Dicks was appointed manager, and things gradually began to improve, with promotion to the First Division in 1976, ending a 65-year exile from the top flight. 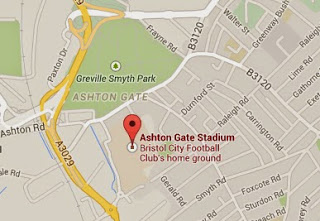 This Pieman visited Bristol by train from London Paddington to Bristol Temple Meads. Although there are local buses, the journey from the station was made on foot, taking around 25 minutes. A tame match ended with honours even with visitors Tottenham Hotspur with the match failing to produce a goal. 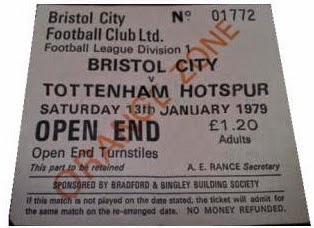 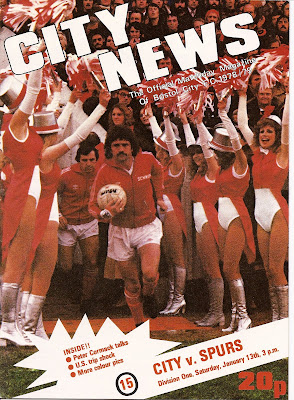