Swindon is a large town within the Borough of Swindon and ceremonial county of Wiltshire. It is midway between Bristol, 40 miles to the west and Reading, 40 miles to the east. London is 81 miles to the east. The original Saxon settlement of Swindon sat in a defensible position atop a limestone hill. It is referred to in the Doomsday Book as Suindune, believed to be derived from the Anglo-Saxon words "swine" and "dun" meaning "pig hill" or possibly Sweyn's hill, where Sweyn is a personal name. Swindon was a small market town, mainly for barter trade, until roughly 1848. This original market area is on top of the hill in central Swindon, now known as Old Town. The Industrial Revolution was responsible for an acceleration of Swindon's growth. It started with the construction of the Wilts and Berks Canal in 1810 and the North Wilts Canal in 1819. The canals brought trade to the area and Swindon's population started to grow. Between 1841 and 1842, Isambard Kingdom Brunel's Swindon Works was built for the repair and maintenance of locomotives on the Great Western Railway (GWR). The GWR built a small railway village to house some of its workers. The Steam Railway Museum and English Heritage, including the English Heritage Archive, now occupy part of the old works. During the first half of the 20th century, the railway works was the town's largest employer and one of the biggest in the country, employing more than 14,500 workers. Alfred Williams (1877–1930) wrote about his life as a hammerman at the works. The works' decline started in 1960, when it rolled out Evening Star, the last steam engine to be built in the UK. The works lost its locomotive building role and took on rolling stock maintenance for British Rail. In the late 1970s, much of the works closed and the rest followed in 1986. 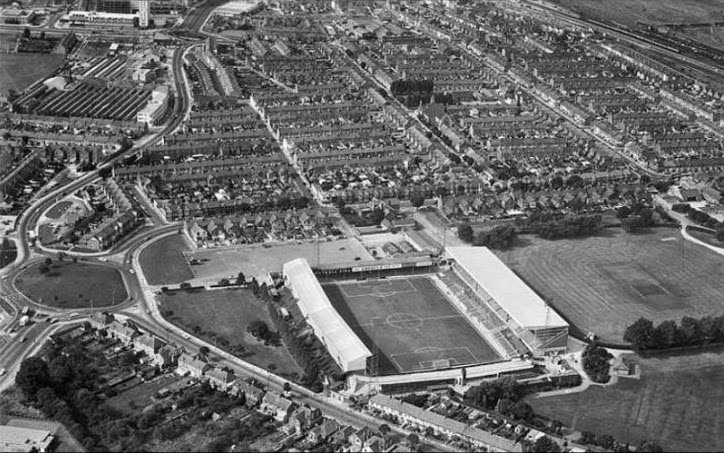 Swindon Town Football Club was founded by Reverend William Pitt of Liddington in 1879. The team turned professional in 1894 and joined the Southern League which was founded in the same year. Swindon entered the Football League in 1920 as a founding member of Division Three and defeated Luton Town 9–1 in their first game of the season. This result stands as a record for the club in League matches. After the outbreak of World War II, the War Department took over the club's Stadium in 1940, where for a while POWs (Prisoners of War) were housed in huts placed on the pitch, for this the club received compensation of £4,570 in 1945. World War II affected Swindon Town more than most other football clubs and the club was almost disbanded, the club needed a large amount of time to recover and for this reason it failed to make any real impression in the league and would not climb into the second division until 1963 when they finished runners up to Northampton Town. The club was relegated back into Division Three in 1965 but it was about to create a sensation. In 1969, Swindon beat Arsenal 3–1 to win the League Cup for the only time in the club's history. As winners of the League Cup, Swindon were assured of a place in their first European competition: the Inter-Cities Fairs Cup. However, the Football Association had previously agreed to inclusion criteria with the organizers which mandated that only League Cup winners from Division One would be able to take part. As the team were not eligible, the short lived Anglo-Italian competitions were created to give teams from lower divisions experience in Europe. The first of these, the 1969 Anglo-Italian League Cup, was contested over two legs against Coppa Italia winners A.S. Roma. Swindon won 5–2. The team then went on to win the 1970 Anglo-Italian Cup competition in a tournament beset by hooliganism. The final against S.S.C. Napoli was abandoned after 79 minutes following pitch invasions and a missile barrage, with teargas being employed to allow the teams to return to the dressing room. 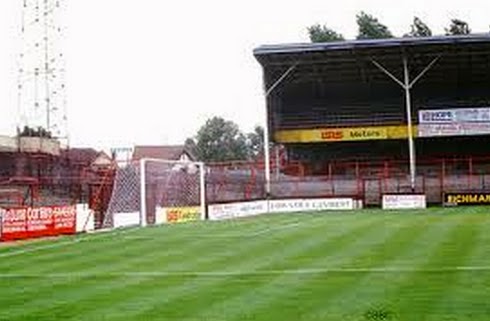 This Pieman travelled to Swindon by train from London Paddington. The walk from the station to the County Ground taking around 15 minutes. A tame 0-0 draw followed with the highlight probably being a wooden hut that caught fire near the away terrace. 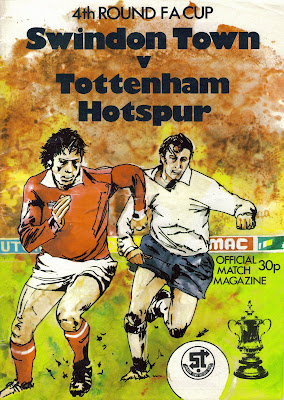 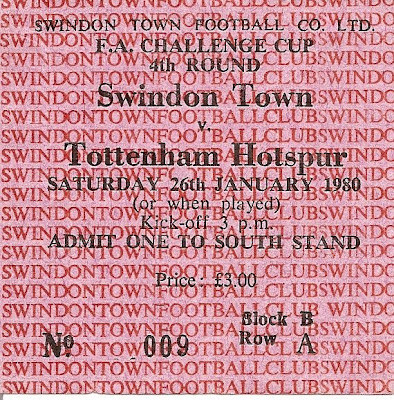 Subsequent visits to the County Ground