In the twelfth century the region around the mouth of the River Bourne was part of the Hundred of Holdenhurst. The hundred later became the Liberty of Westover when it was also extended to include the settlements of North Ashley, Muscliff, Muccleshill, Throop, Iford and Tuckton, and incorporated into the Manor of Christchurch. The first record of Bournemouth as a place name was in the 1300s when a monk noted a stranded whale at "La Bournemowthe". The Christchurch cartulary of 1407 also uses this spelling. From the latter half of the 15th century "Bourne Mouth" seems to be preferred until the late 18th century when "Bournemouth" became predominant, although its two word form appears to have remained in use up until at least the early 20th century, turning up on a 1909 ordnance map. 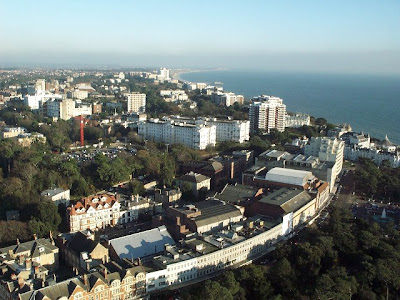 The club was originally known as Boscombe F.C. To make the club more representative of the district, the name was changed to Bournemouth and Boscombe Athletic Football Club in 1923. The club adopted the more streamlined A.F.C. Bournemouth name in 1972 which is, however, only a trade name; the club is still officially registered as Bournemouth and Boscombe Athletic Football Club. Dean Court is named after the Cooper-Dean family of Bournemouth, who granted the land to the football club in 1910. One of the stands had previously been used in the Wembley Exhibition of 1924. 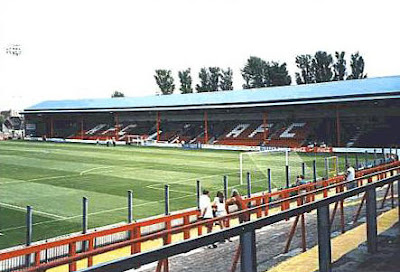 This Pieman enjoyed his bank holiday visit to Dean Court. The match was a testimonial for Keith Miller, Spurs winning by the odd goal in three. 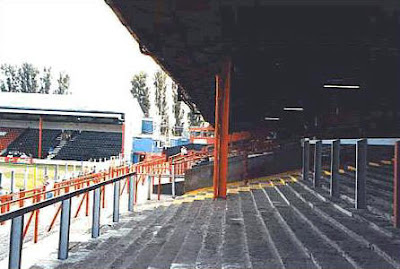 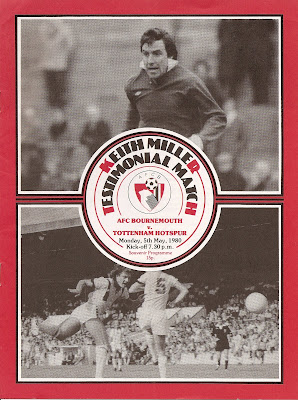