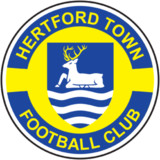 Hertford is the county town of Hertfordshire, England, and is also a civil parish in the East Hertfordshire district of the county. The name is Anglo Saxon and means the ford frequented by harts or stags. Possibly the first mention of the town is in 673 A.D; the first synod of a number of the bishops in England was held either in Hertford or at Hartford, Cambridgeshire. It was called by Theodore of Tarsus; decisions included the calculation of the date of Easter. In 912 AD, Edward the Elder built two burghs (earthwork fortifications) close by the ford over the River Lea as a defence against Danish incursions. By the time of the Doomsday Book, Hertford had two churches, two markets and three mills. The Normans began work on Hertford Castle, and Hertford Priory was founded by Ralph de Limesi. King Henry II rebuilt the castle in stone, but in 1216, during the First Barons' War, it was besieged and captured after 25 days by Prince Louis of France. The castle was regularly visited by English royalty and in 1358, Queen Isabella, wife of Edward II, died there. The priory was dissolved in 1536 and subsequently demolished and in 1563, the Parliament of England met at the castle because of an outbreak of plague in London. Hertford grew and prospered as a market and county town; communication was improved by the construction of the Lea Navigation Canal in 1767 and the arrival of the railway in 1843. 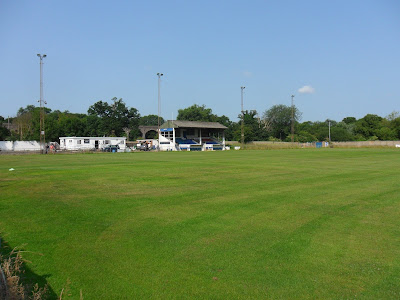 Hertford Town FC, originally called Hertford Rovers, was established by a merger of Port Vale Rovers and Hertford United at the start of the twentieth century. The club was renamed Hertford Town in 1904, and absorbed two more clubs - Blue Cross and Horns - in 1908. The new club joined the Eastern Division of the Hertfordshire Senior County League. They also played in the East Herts League, which they won in 1912–13 and 1913–14. In 1920 they joined the Middlesex League, before switching to the Spartan League. When the league was restructured in 1929 they were placed in Division One. In 1938–39 they were Division One runners-up and were promoted to the Premier Division. After World War II they finished bottom of the division in 1946–47, before missing the 1947–48 season as their ground was unavailable. However, they returned to the league in 1948–49, and the following season won the Eastern Division to earn promotion. In 1959 the club transferred to the Delphian League, which they won in their second season and again in their third. In 1962–63 they were leading the league until it was abandoned due to bad weather, but did win the East Anglian Cup by beating Boston United 1–0 in the final, a match played at home in front of a 3,000 crowd. The following season the Delphian League became Division Two of the Athenian League and at the end of their first season in the new league, Hertford were promoted to Division One. In 1966–67 they won the Herts Senior Cup, whilst a second East Anglian Cup was won in 1969–70. In 1972 the club joined the Eastern Counties League. They won the league cup in their first season and finished third in the league. However, at the end of the season the Isthmian League formed a second division, which the club joined. Division Two was renamed Division One in 1977. 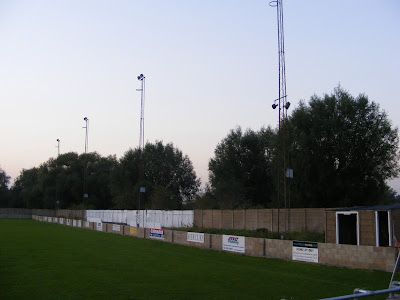 This Pieman visited Hertingfordbury Park having walked from Hertford East station, which took about ten minutes. Tottenham Hotspur fielded a full first team for this friendly match and ran out 4-0 winners. 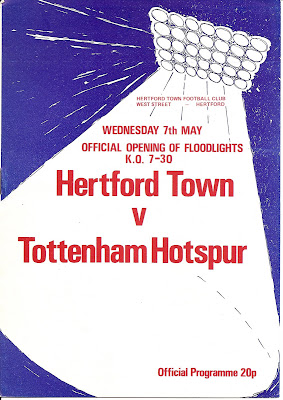