Chipping Barnet or High Barnet is a suburban development built around a twelfth-century settlement and is located 10 miles north north-west of Charing Cross. Its name is very often abbreviated to Barnet, which is also the name of the London Borough of which it forms a part. Chipping Barnet is the name of the Parliamentary constituency covering the local area - the word "Chipping" denotes the presence of a market. Barnet belonged to the County of Hertfordshire until 1965, when under the London Government Act 1963, East Barnet Urban District and Barnet Urban District were abolished and their area was transferred to Greater London to form part of the present-day London Borough of Barnet.

Barnet is also the site of an ancient and well-known horse fair, whence comes the rhyming slang of Barnet Fair or barnet for 'hair'. The fair dates back to 1588 when Queen Elizabeth I granted a charter to the Lord of the Manor of Barnet to hold a twice yearly fair. The town's name derives from an ancient settlement, recorded as Barneto c.1070, Barnet 1197, La Barnette 1248, that is 'the land cleared by burning', from Old English bærnet, referring to the clearing of this once densely forested area in early times. 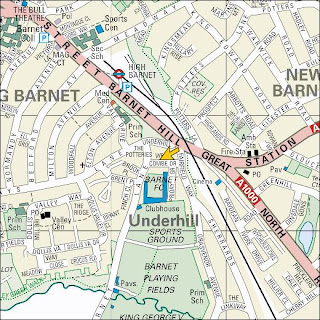 Alston Works AFC was a club based in Barnet. They were a works team for the dental manufacturer Alston Works in Chipping Barnet and were known as "The Dentals" or "The Amber & Blacks". In 1904/1905, they turned senior and renamed themselves Barnet Alston FC. Initially, Barnet Alston played at Underhill Farm, just off Totteridge Lane before moving to the current Underhill site in September 1907. In 1912, they merged with Avenue FC (who were renamed as Barnet FC) to create Barnet & Alston FC and becoming founder members of the Athenian League. After the First World War, the name was changed back to Barnet FC.

Underhill is a relatively easy venue to reach by public transport with High Barnet (Northern Line) station less than 10 minutes walk away. In fact you can see the ground from the train as you approach the station. This particular match was a benefit tribute to Steve Brinkman who had retired from playing due to health problems. The home side won 2-1 against a strong Tottenham Hotspur side. 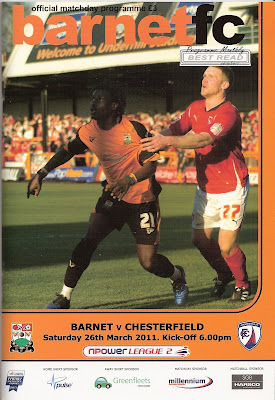 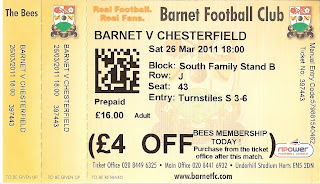 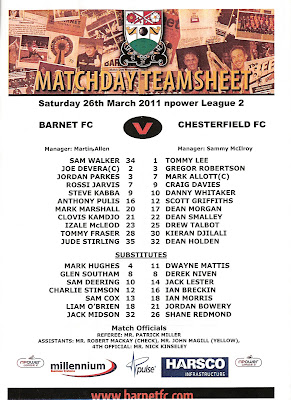 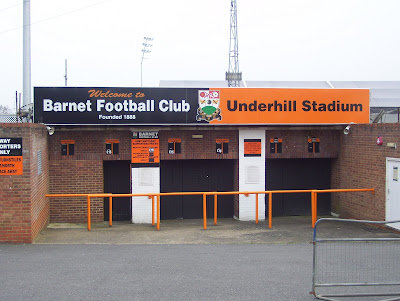 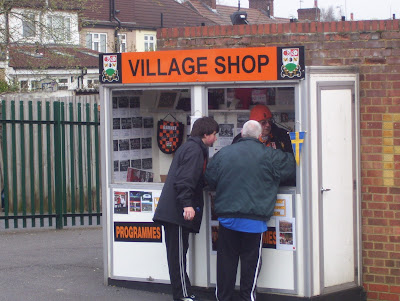 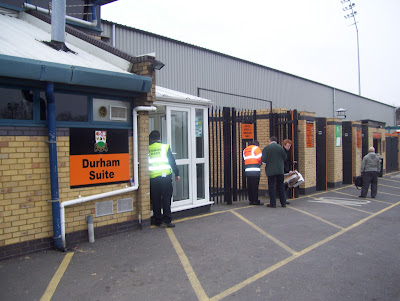 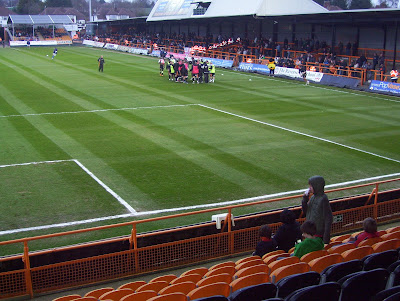 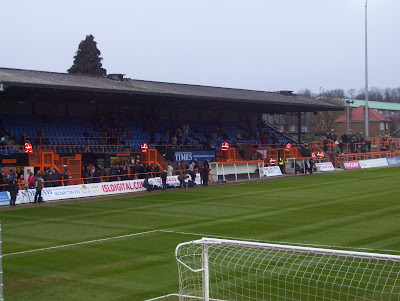 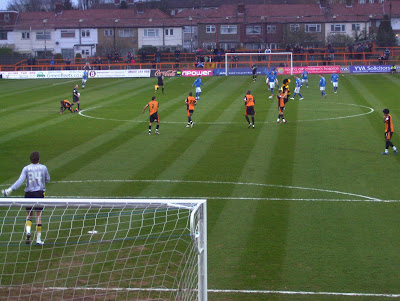