Munich is the capital and the largest city of the German State of Bavaria. It is located on the River Isar north of the Bavarian Alps. Munich is the third largest city in Germany, behind Berlin and Hamburg. The year 1158 is assumed to be the foundation date, which is the earliest date the city is mentioned in a document signed in Augsburg. By that time the Guelph Henry the Lion, Duke of Saxony and Bavaria, had built a bridge over the river Isar next to a settlement of Benedictine monks—this was on the Old Salt Route and a toll bridge. In 1175, Munich was officially granted city status and received fortification. Munich was the host city of the 1972 Summer Olympics. Oktoberfest is a 16-day festival celebrating beer held annually in Munich, running from late September to the first weekend in October. It is the world's largest fair, with more than 6 million people from around the world attending the event every year. The Oktoberfest is an important part of Bavarian culture, having been held since 1810. 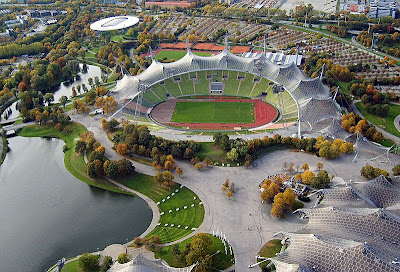 Fußball-Club Bayern München was founded in 1900 by eleven football players led by Franz John. Although Bayern won its first national championship in 1932, the club was not selected for the Bundesliga at its inception in 1963. The club had its period of greatest success in the middle of the 1970s when, under the leadership of Franz Beckenbauer, it won the European Cup three times in a row (1974–76). 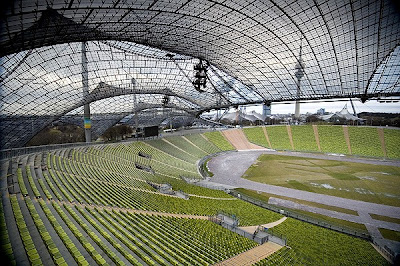 The Olympic Stadium was built by Bilfinger Berger between 1968 to 1972 in a pit made by bombings Munich suffered during World War II making construction easy. It hosted the 1974 World Cup Final (won by West Germany) and the 1979 European Cup Final (won by Nottingham Forest). On the occasion of this match, a thick fog enveloped the stadium. Viewing was extremely difficult and this had nothing to do with the fine Bavarian beer consumed earlier in the day. It is difficult to comment on the quality of the match but Spurs were to do rather better the following season en route to a UEFA Cup triumph. 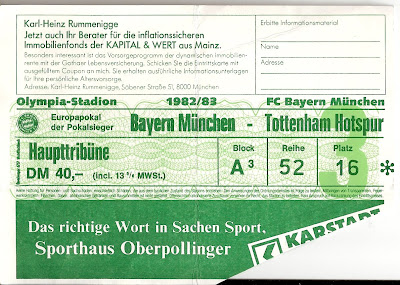 Subsequent visit to the Olympic Stadium