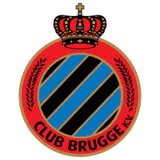 Brugge is the capital and largest city of the province of West Flanders in the Flemish Region of Belgium. It is located in the northwest of the country. The area of the whole city amounts to more than 13,840 hectares, including 1,075 hectares off the coast, at Zeebrugge Along with a few other canal-based northern cities, such as Amsterdam, it is sometimes referred to as "The Venice of the North". Bruges has a significant economic importance thanks to its port. At one time, it was the "chief commercial city" of the world. In the last half of the 19th century, Bruges became one of the world's first tourist destinations attracting wealthy British and French tourists. Bruges' most famous landmark is its 13th-century belfry, housing a municipal carillon comprising 48 bells. 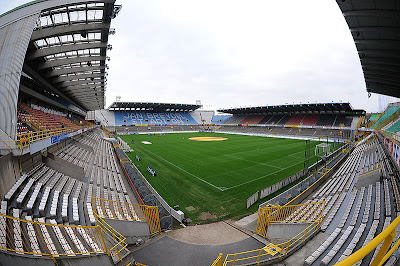 Club Brugge Koninklijke Voetbalvereniging, also referred to as just Club was founded in 1891 and is one of the top clubs in Belgium. Its home ground is the Jan Breydel Stadium which was built in 1975 and has a capacity of 29,472. Throughout its long history, Club Brugge has enjoyed much European football success, reaching two European finals and two European semi-finals. Club Brugge is the only Belgian club to have played the final of the European Cup (forerunner of the current UEFA Champions League). They were beaten by Liverpool FC in the final in 1978. They also lost in the 1976 UEFA Cup Final to Liverpool. 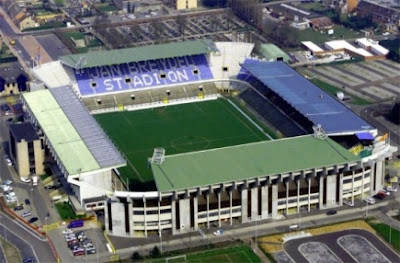 A knee jerk reaction from the Spurs chairman resulted in the away allocation of match tickets being returned to the Belgian club for “safety reasons”. Therefore the large group of supporters that still travelled from England did so unofficially. The irony is that the Belgian club sold the same batch of tickets to the Spurs fans anyway. This Pieman travelled by coach through the night reaching Ostend where we were staying early on the morning of the match. A swift train ride from there to Brugge ensured match tickets and an opportunity to sample some decent Belgian beer. The home side won a closely contested match 2-1. 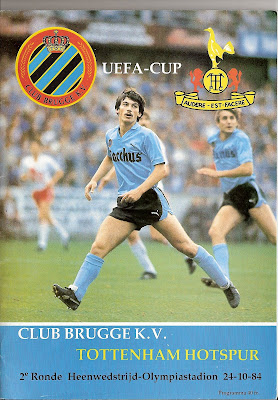 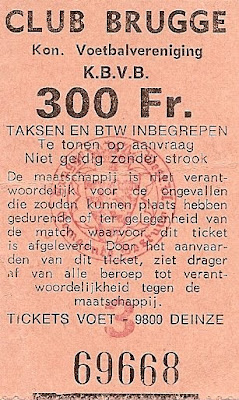