Prague is the capital and largest city of the Czech Republic. It is the fourteenth-largest city in the European Union and is also the historical capital of Bohemia. Prague is home to a number of famous cultural attractions, many of which survived the violence and destruction of 20th century Europe. Main attractions include the Prague Castle, the Charles Bridge, Old Town Square, the Jewish Quarter, the Lennon Wall, and Petřín hill. The name Prague is derived from an old Slavic root, praga, which means "ford", referring to the city's origin at a crossing point of the Vltava River. According to legends, Prague was founded by the Czech duchess and prophetess Libuše and her husband, Přemysl, founder of the Přemyslid dynasty. By the year 800 there was a simple fort fortified with wooden buildings, occupying about two-thirds of the area that is now Prague Castle. 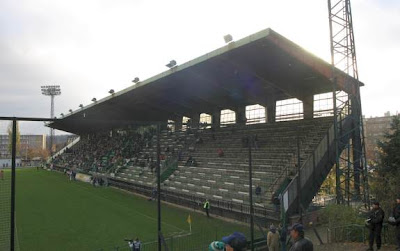 Bohemians Prague was originally founded in 1905 as AFK Vršovice. The club played at the top level of football in the Czechoslovak First League between 1925 and 1935. They spent seasons in and out of the top division for the next 40 years before remaining in the top flight from 1973 until the time of the Pieman's visit which represents the most successful era for the club. Bohemians' mascot is a kangaroo, the legacy of a 1927 tour of Australia. Following the tour, the club was awarded two live kangaroos, which they donated to the Prague Zoo.

This Pieman ventured behind the Iron Curtain for this UEFA Cup 3rd Round match. Prague, despite the rich history and magnificent buildings, was a cold gloomy place to visit. However, there was the odd decent glass of beer to enjoy and it was good to visit somewhere off the beaten track. A tense match at the Stadion Ďolíček saw Spurs hold their own with a battling 1-1 draw and ultimate progression to the next round. 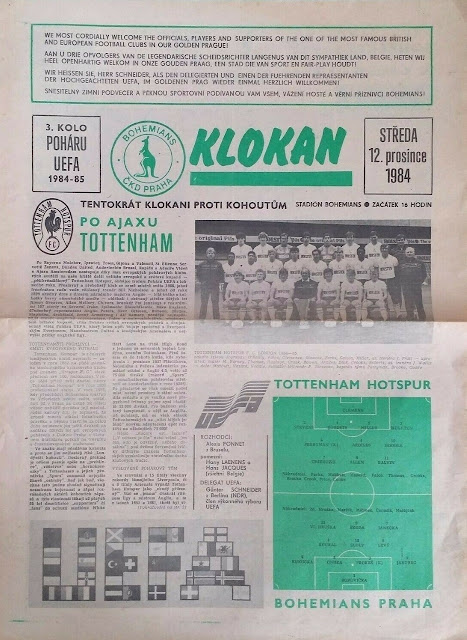 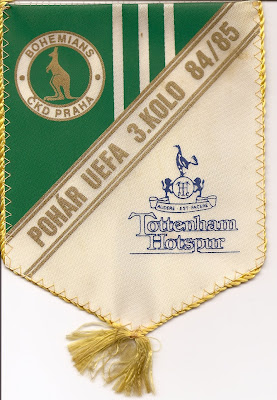