Horsham began as a Saxon village, by the time of the Doomsday Book (1086) it was a large village. By the 13th century Horsham had grown into a small town. For the first time it was described as a borough. However Horsham was tiny by today’s standards with a population of only several hundred people. Horsham had 2 weekly markets and it also had a fair. In the Middle Ages fairs were like markets but they were held only once a year. People would come from all over Sussex and Surrey to buy and sell at a Horsham fair. Today - Mike Parsons lives nearby at Mannings Heath. 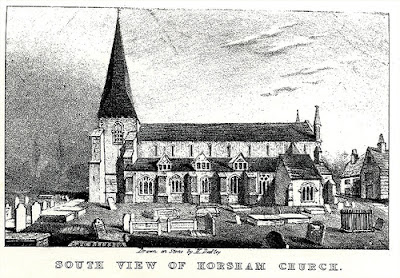 The last man to die of pressing in the whole of England was John Weekes of Horsham. He was charged with robbery and murder of a woman along with three accomplices, one of which was a small boy used to sneak inside the woman's house and open access for the other three. When police found stolen property in the possession of the men, they easily persuaded the boy into turning King's evidence. Two of the other accomplices were convicted, but when John Weekes had his turn to plead, he refused to say anything. Once the judges brought in eight witnesses who swore Weekes could talk and was not dumb, they gave him time in the cells. When he refused further to say a single word, the judges were forced to find him not guilty of murder. Instead, he was convicted of 'standing mute through malice'. Weekes was placed under 3 hundredweight boards and the sixteen stone gaoler jumped a top of him. Local folklore continues the story, extending it to include the death of his executioner days later, sometimes in the same spot where the execution was carried out. Some think that he was a mute. 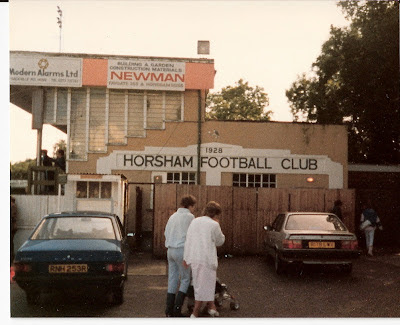 On a bright sunny July afternoon, Vinny Samways scored the only goal in this pre-season friendly match. However the main talking point was the arrival at the ground of veteran actor Oliver Reed. Of course this match took place long before all day opening for public houses and a football club bar for a thirsty thespian must have been an oasis to this particular Castaway. Mr Reed had arrived after the match had commenced and at half time and afterwards attracted a fair amount of attention. 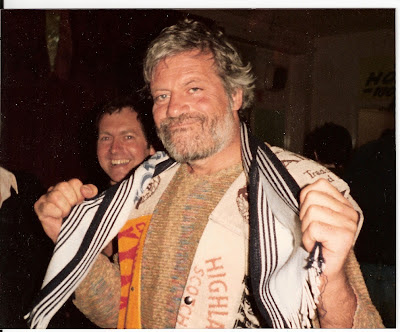 Official THFC historian Andy Porter supplied these archive photographs and it is Andy’s Spurs scarf that is draped around the neck of Bill Sikes. Not to be outdone in the drinking on this momentous day, an inspired Paul Duggan, latterly of the Royal Borough of Kensington & Chelsea ended up asleep on the touchline of the Horsham pitch. Legend has it that a player stepped over the body to take a throw-in. 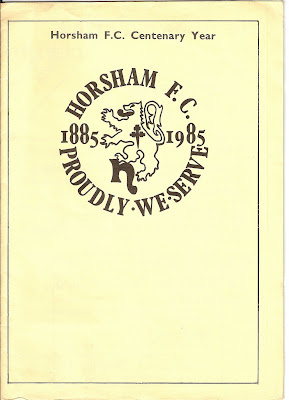