Banstead is a town in the borough of Reigate and Banstead in the county of Surrey, England, on the border with Greater London. It lies 13 miles south of London, 3 miles south of Sutton, 5 miles west of Croydon and 8.5 miles south-east of the county town of Kingston-Upon-Thames. Banstead is on the North Downs and is protected by the Metropolitan Green Belt. Banstead Downs, which for many centuries meant all the open land stretching from Epsom to Croydon, became well known for horse racing in the 17th century and were honoured by another Royal visit on 20th November 1683 when the King and Duke of York attended a race meeting close to present day Banstead. 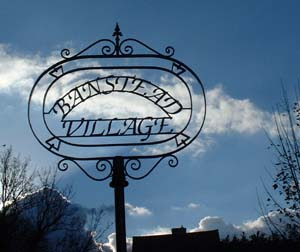 Banstead Athletic FC play at Merland Rise which is located in Tadworth, a large suburban village in Surrey.  Tadworth appears in the Doomsday Book of 1086 as Tadeorde and Tadorne.  Neighbouring settlements include Walton-on-the-Hill, Epsom, Banstead and Reigate. Tadworth lay within the Copthorne hundred, an administrative division devised by the Saxons later adopted by the Normans. The club was established during the Second World War as Banstead Juniors.  They changed to their present name in 1947, winning the Surrey Intermediate Cup in their first season. In 1979 Banstead joined the Athenian League, but after its demise they joined the Isthmian League in 1984. 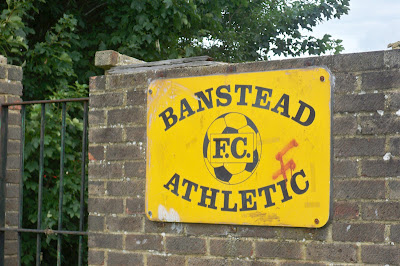 This Pieman visited Merland Rise for a pre-season friendly match. Visitors Tottenham Hotspur romped to a convincing win against their Surrey hosts on a hot afternoon. The jaunt was undertaken by train from London to the closest railway station Tattenham Corner. 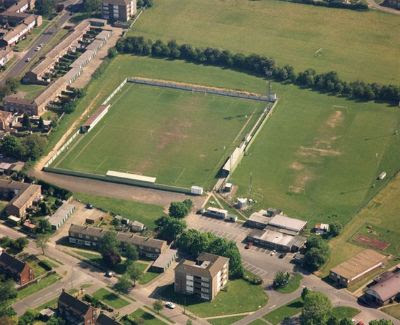 A programme was not issued for this match.