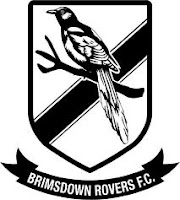 Brimsdown is a place in the London Borough of Enfield, North London generally known as the Lea Valley. The Brimsdown area was the easternmost part of the old parish of Enfield is roughly located in the area either side of Mollison Avenue, to Bilton Way, just south of Ordnance Road, extending as far south as the Mollison Avenue/Jeffreys Road roundabout. It is home to the Brimsdown Industrial Estate and also includes a residential area just west of the Lea Valley railway line. The area east of the Lea Valley Lines railway is almost exclusively reserved for industrial use, while west of this railway (which serves Brimsdown and Enfield Lock stations) is a residential area primarily built up in the 1930s which extends, without any particular border, to Enfield Highway, Enfield Wash and Enfield Lock. This residential area around Brimsdown Avenue, Brimsdown railway station and Brimsdown School is also considered part of Brimsdown. 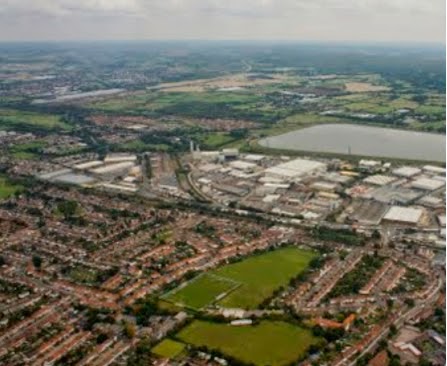 Brimsdown Rovers was formed in 1947 by a number of Geordies following a merger with a club called Durham Rovers.  The club's colours have always been the black and white stripes of Newcastle United, whilst in the early days their change of strip saw the red and white stripes of Sunderland in use, to keep everyone happy. As with Newcastle United, its mascot has also always been a magpie. Playing on the local playing fields, the club entered the Enfield Football Alliance and in the first season were joint winners of Division One. The club were runners-up in the Premier Division for the next two seasons and won the League Cup in 1948–49. In 1950 the club joined the Northern Suburban League, again winning Division One in their first season. In the next 25 seasons, the Club won the Premier Division on six occasions, the most ever by any club, and since the League's demise, the Championship Shield has hung on Brimsdown Rovers' clubhouse wall. In 1956 the club was offered a site (Goldsdown Road), which is still its home, but which has been enlarged by the acquisition in 1993 of the adjacent Johnson Matthey ground. A brick clubhouse was built in 1958, allowing the club to donate its existing wooden building to a local scout group, which is still in use. Since then the clubhouse has seen a number of extensions and improvements made, including separate changing room facilities in 1964. The players of that early period were also responsible for laying the cricket table and shared the ground with the cricket club and this was typical of the commitment shown by the players of that era. There are now, inevitably, only a handful of survivors from the club's original two teams, and some of them still use the social facilities on a regular basis. The club joined the London Spartan League in 1976 and finished runners-up in Division One the following season, won that Division in 1982 and gained promotion to the Senior Division.

This Pieman visited Goldsdown Road for an end of season midweek fixture. The ground did not have floodlights in those days and so an early kick off was necessary. My journey was by train to and from Brimsdown station which is no more than 5 minutes walk from the ground. The home side edged a 5 goal encounter with local rivals Southgate Athletic. 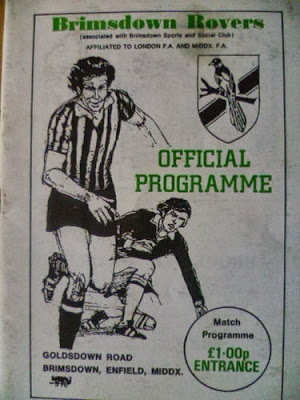