Basingstoke is a large town in north-east Hampshire. It lies across a valley at the source of the River Loddon. It is located 30 miles north-east of Southampton, 16 miles south-east of Reading and 48 miles south-east of London. Basingstoke is an old market town expanded in the 1960s as part of a tripartite agreement between London County Council, Hampshire County Council and Basingstoke Borough Council. It was developed rapidly, along with Andover and Tadley, to accommodate part of the London 'overspill' as perceived under the Greater London Plan, 1944. Basingstoke market was mentioned in the Doomsday Book and Basingstoke remained a small market town until the 1950s. 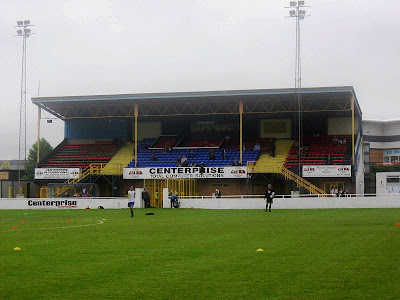 Basingstoke Town FC was established in 1896 by a merger of Aldworth United and Basingstoke Albion. They won the North Division of the Hampshire League in 1911–12 and 1919–20, but did not win another title until winning Division One in 1967–68, a feat they repeated in 1968–69 and 1970–71, a year in which they were unbeaten in the league, and also won the Hampshire Senior Cup. At the end of the season they were promoted to the South Division of the Southern League South. 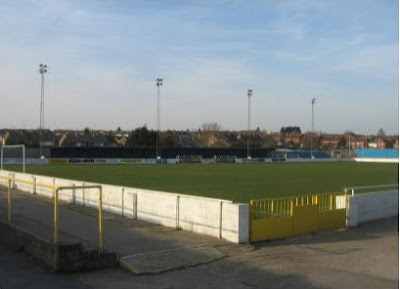 This Pieman visited the Camrose Ground for this mid season friendly match. A young Spurs side ran out 2-0 winners. The ground is walkable from Basingstoke Station where fast trains from the town serve London Waterloo. 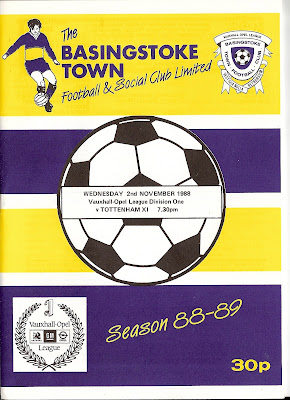