Rugby is a market town in Warwickshire, located on the River Avon. Early Iron age settlement existed in the Rugby area, and a few miles outside what is now Rugby, existed a Roman settlement known as Tripontium. Rugby was originally a small Anglo-Saxon farming settlement, and was mentioned in the Doomsday Book of 1086 as Rocheberie. Rugby obtained a charter to hold a market in 1255, and soon developed into a small country market town. Rugby remained a sleepy country market town until the 19th century and the coming of the railways. In 1838 the London and Birmingham Railway was constructed past it, and in 1840 the Midland Counties Railway made a junction with the London and Birmingham Railway at Rugby. Rugby became an important railway junction, and the proliferation of rail yards and workshops attracted workers. Rugby's population grew from just 2,500 in 1835, to over 10,000 by the 1880s. In the 1890s and 1900s heavy engineering industries began to set up in the town, and Rugby rapidly grew into a major industrial centre. Rugby expanded rapidly in the early decades of the 20th century as workers moved in. By the 1940s, the population of Rugby had grown to over 40,000. Rugby is most famous for the invention of rugby football, which is played throughout the world. The invention of the game is credited to William Webb Ellis whilst breaking the existing rules of a football match played in 1823 at Rugby School, which is near the centre of Rugby.

Formed by Keith Coughlan and under the name of New Bilton Juniors, the Valley played its first friendly match in 1955. They played on the Oakfield Recreation Park, and shared the ground with many clubs in Rugby until 1973. In 1956, the club was renamed for the first time, to Valley Sports, where they entered Rugby and District Football League and played their first competitive fixture. Coughlan only sought for the Valley to play at local level, changing from the Coventry and North Warwickshire Football League in 1963 and to the United Counties League in 1969. VS Rugby moved to Butlin Road in 1973. In 1974, they moved from the United Counties League to the West Midlands League, and took part in the FA Cup in 1976, being knocked out in the first qualifying round. In 1981, the Valley's most successful manager, Jimmy Knox, took over. His reputation as a defender during previous seasons at VS Rugby enabled him to avoid being sacked after a disappointing start, with 10 defeats in 11 games. The following season, the Valley would win the 1983 FA Vase, defeating Halesowen Town 1-0. Due to this win, they were invited into the Southern League. 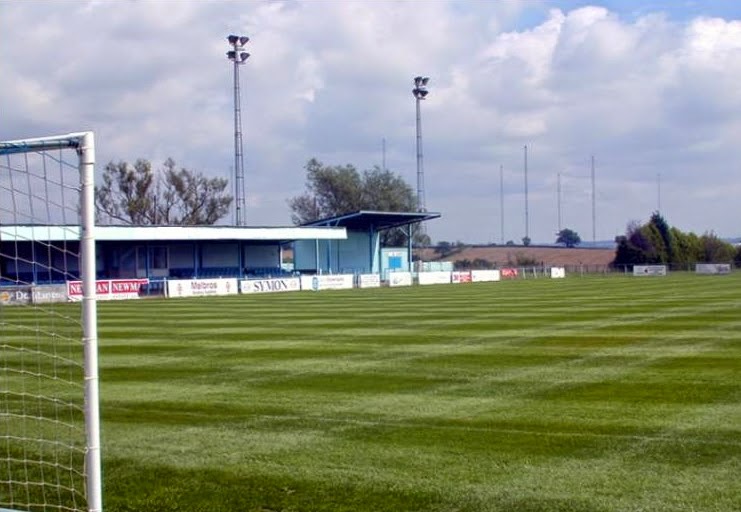 This Pieman set off from home intending to watch Hibernian at Easter Road. However, engineering work meant that arrival in Edinburgh would be too tight to ensure getting to see the match. A change of plan involved catching a train from London Euston to Rugby. From the station it took around twenty minutes to reach the stadium. Visitors Merthyr Tydifil won a closely contested Southern League fixture by the odd goal in three. 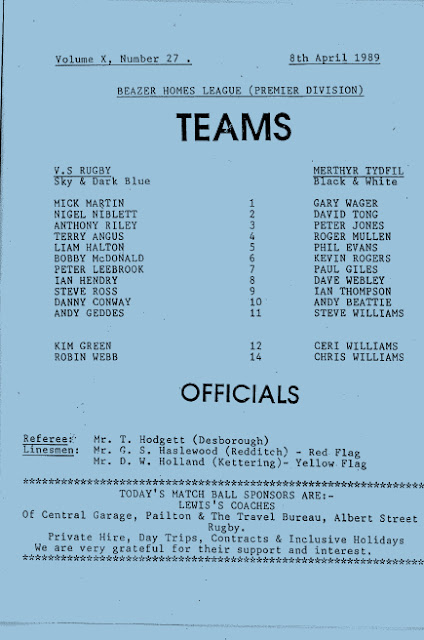 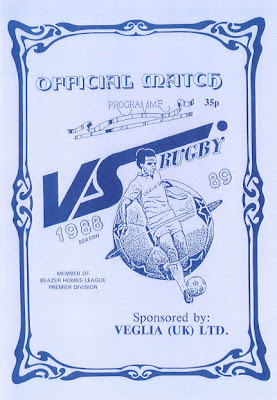