Leighton Buzzard is a town in Bedfordshire, England near the Chiltern Hills and lying between Luton and Milton Keynes. There are a number of theories concerning the derivation of the town's name, but the most likely is that "Leighton" came from Old English language Lēah-tūn, meaning 'farm in a clearing in the woods'. The "Buzzard" was added by the Dean of Lincoln, in whose diocese the town lay in the 12th century. Having two communities called "Leighton" and seeking some means of differentiating them, he added the name of his local Prebendary or representative to that of the town. At that time it was a Theobald de Busar and so over the years the town became known as Leighton Buzzard. The other Leighton became Leighton Bromswold. Leighton Buzzard is also famous as the Grand Union Canal was opened there. The great train robbery took place just outside of the town, at Bridego bridge, Ledburn. In the Doomsday Book, Leighton Buzzard and Linslade were both called Leestone. 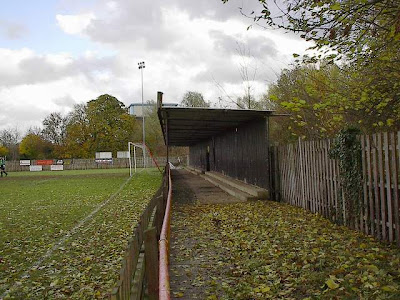 Leighton Town FC was formed in 1885 and in their early years were winners of the Leighton and District League on several occasions. They were one of the original members of the South Midlands League (then known as the Bedfordshire County League) in 1922, the same year they changed their name to Leighton United (a change which lasted until 1963). They were also members of the Spartan League from 1922 to 1952, but their only successes were two Spartan League Division Two titles in 1923–24 and 1927–28. In 1952, they became founder member of the Hellenic League but after two seasons moved back to the South Midlands League. In 1965/66, Leighton finished bottom of the Premier Division, but won the title the following season. They then returned to the Spartan League once again, followed by a two-year spell in the United Counties League before returning once again to the South Midlands League. 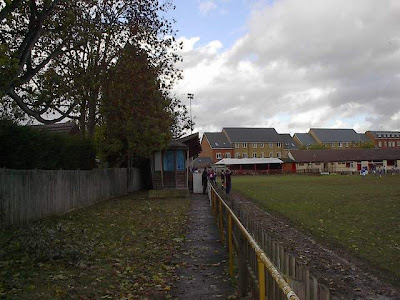 This Pieman visited Bell Close on a fine May evening having travelled by train from London Euston to Leighton Buzzard. The walk from the railway station to the ground took around 25 minutes. The Tottenham Hotspur side played some exhibition football running out winners by seven clear goals. 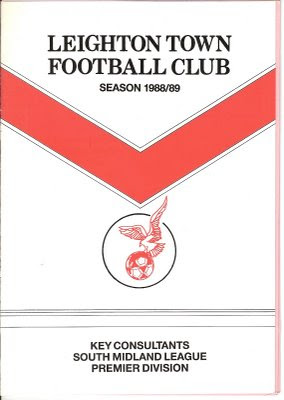