East Ham is a suburban district of London, England, and part of the London Borough of Newham. It is a built-up district located 8 miles east-northeast of Charing Cross. A settlement in the area named Ham is first recorded as Hamme in an Anglo-Saxon charter of 958 and then in the 1086 Doomsday Book as Hame. It is formed from Old English 'hamm' and means 'a dry area of land between rivers or marshland', referring the location of the settlement within boundaries formed by the rivers Lea, Thames and Roding and their marshes. In 1859 East Ham railway station opened and, although in 1863 the area was still being described as a "scattered village" the availability of transport resulted in increasing urbanisation, especially from 1890 onwards. The electric services of the District Railway first served East Ham in 1908.

The football club was established in 1933. They played in the London League until joining the Aetolian League in 1962 but after two seasons the league merged into the Greater London League. The club was initially placed in the A Section and after finishing sixth in the league's first season, they were placed in the Premier Division for the 1965–66 season. In 1969–70 the league merged into a single division, with East Ham winning the title. They then left the league, but joined the new Metropolitan–London League when it was formed in 1971 by a merger of the Greater London League and the Metropolitan League, and were placed in Division One. In 1975 the league merged with the Spartan League to form the London Spartan League, with East Ham placed in Division One. They were promoted to the Premier Division after finishing third in 1976–77, a season in which they also reached the quarter-finals of the FA Vase. After a single season in the Premier Division, the club transferred to the Essex Senior League in 1978. The club plays at the Ferndale Sports Ground. 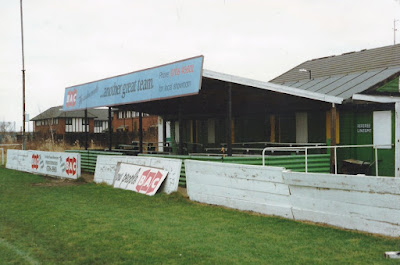 This Pieman ventured over to East Ham for an Essex Senior League clash with Eton Manor. The home side winning 3-1. The journey from Central London involved getting a District Line train to East Ham from where I caught a bus to the ground. 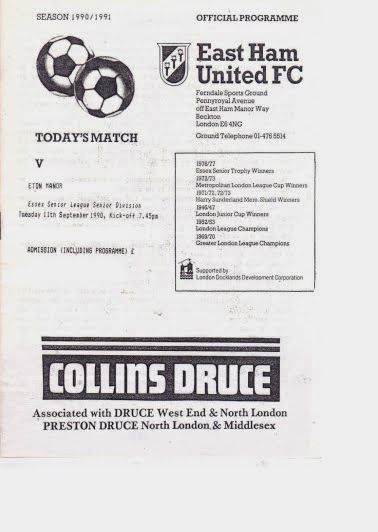