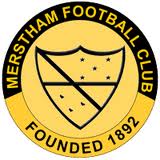 Merstham is a largely residential dispersed village in four sections in the borough of Reigate and Banstead in Surrey, England. It is north of Redhill and is contiguous to it. The village lay within the Reigate hundred, an Anglo-Saxon administrative division. Its name was recorded in 947 as Mearsætham, which seems to be Anglo-Saxon, meaning a "homestead near a trap set for martens or weasels". Merstham appears in Doomsday Book of 1086 as Merstan. It was held by Archbishop Lanfranc of Canterbury. The area has long been known for its quarries, and it was to serve these that the village became the terminus of the Croydon, Merstham and Godstone Railway, an extension of the horse-drawn Surrey Iron Railway of 1803, the world's first public railway, albeit only for goods. A small section of the railway is on display at the entrance to Quality Street, Old Merstham. The first mines at Merstham are recorded almost 1000 years ago in the Doomsday Book and 'Reigate stone' quarried there was used to build parts of Westminster Abbey, Windsor Castle and Henry VIII's doomed palace of Nonsuch in Surrey. 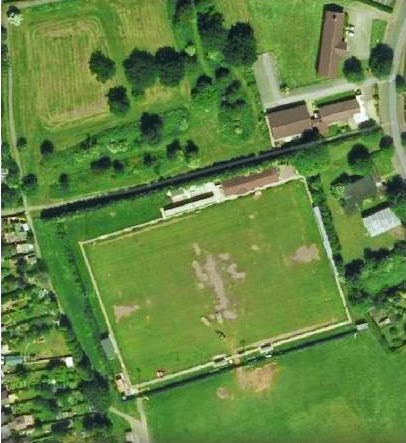 Merstham F.C. was established in 1892 and the club became a founder member of the Redhill and District League in 1897. The club went on to win the Redhill and District League for the first time at the end of the 1926–27 season, also repeating the feat they repeated four more times. After their last success in the Redhill and District League in the 1950–51 season the club applied to join the Surrey Intermediate league and in 1952 they were admitted to the eastern section of the Surrey Intermediate League. In their first season in the Intermediate league they went on to win the title. The club then joined the Surrey Senior League in 1964, and in their seventh season in the league became champions at the end of the 1970–71 season. In the 1974–75 season the club played in their first national competition by competing in the FA Vase, losing to Horley Town in the first round. In 1978 they joined the London Spartan League and finished in third place in their first two seasons. Their time in the London Spartan League also saw them make their debut in the FA Cup, losing to Hendon in the First Qualifying round. In 1984 they joined the Combined Counties Football League finishing runner-up in 1987–88 and again in 1989–90.

This Pieman visited the Moatside Stadium on New Years Day morning (it was Spurs v Manchester United later that day). The journey was made from London Victoria to Merstham station. From there it was around a 5-10 minute walk to the ground. The home side comfortably defeated Horley Town 4-0.