Luton is a large town in Bedfordshire. The source of the River Lea, part of the Thames Valley drainage basin, is in the Leagrave area of the town. The Great Bramingham Wood surrounds this area. It is classified as ancient woodland; records mention the wood at least 400 years ago. During the English Civil War of the 17th century, in 1645, royalists entered the town and demanded money and goods. Parliamentary forces arrived and during the fighting four royalist soldiers were killed and a further twenty-two were captured. A second skirmish occurred three years later in 1648 when a royalist army passed through Luton. A number of royalists were attacked by parliamentary soldiers at an inn on the corner of the current Bridge Street. Most of the royalists escaped but nine were killed. The town was for many years famous for hat-making and was also home to a large Vauxhall Motors factory; the head office of Vauxhall Motors is still situated in the town. 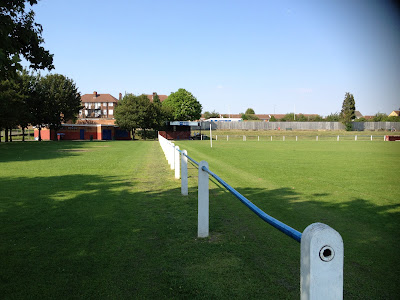 The club was formed in 1961 and was named after the year of its foundation. The team joined the Hellenic League Division Two in 1972 switching to the South Midlands League Division One a year later. They won the league in 1980–81 and gained promotion to the Premier Division in which they finished runners-up in 1982–83.

This Pieman visited the basic Kingsway Recreation Ground on an Easter Bank Holiday Monday. This was part of a double header as Spurs were playing Luton Town at Kenilworth Road in the afternoon and it is only a short walk between the two grounds. Visitors Harpenden Town won by the odd goal in three. 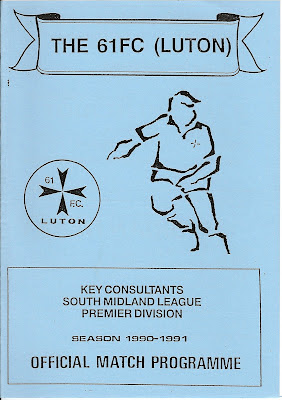