Tilbury is a town in the borough of Thurrock, Essex, England. It was established in the late nineteenth century, on land that was mainly part of Chadwell St Mary. It contains a 16th-century fort and an ancient cross-river ferry. Tilbury has a major deep-water port which contributes to the local economy. The major landmarks are the docks, the cruise-ship landing stage, and the Tilbury Power Station. There is archaeological evidence of Roman occupation. At the time, sea-levels had dropped, making the marshes habitable. There may well have been a Roman settlement on the site of what is now Tilbury Docks. In the 12th century the river, which had hitherto consisted of difficult channels with uncharted shoals, was changed by the process of embanking the river and enclosing areas of marsh. This improved the river's flow, and also resulted in improved land resources on the marsh. It was nevertheless an unhealthy place in which to live; Daniel Defoe, who, in 1696, operated a tile and brick factory in the Tilbury marshes and lived in a nearby house, wrote about "the Essex ague". 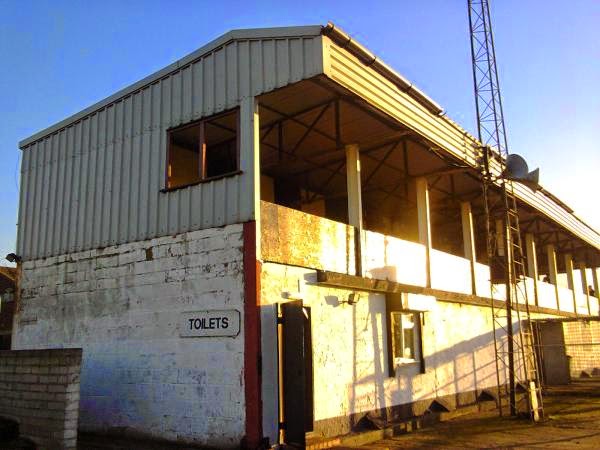 Tilbury F.C. was formed in 1889, joining the Gravesend League and first affiliated to Essex F.A. in 1896. After World War I they played in the South Essex League. In 1927, the club gained senior status and joined the Kent League, after several other senior leagues had rejected them, but after four seasons the financial constraints of travelling to Kent for away games saw them leave this league and switch to the London League. In 1950, buoyed by a successful FA Cup run the year before where they met Notts County, led by ex-England centre forward Tommy Lawton, losing 4–0, Tilbury joined the Corinthian League. In 1957 they switched back to the London League, where they were champions for four consecutive seasons between 1958 and 1962. After their four title win they joined the Delphian League but the 1962–63 campaign had to be abandoned due to extensive adverse weather conditions and the league then promptly folded completely.
Tilbury next joined the Athenian League, where they won the Division Two title at the first attempt, followed by the Division One title in 1968–69. In 1973, after a third-place finish in the Premier Division, they joined the newly formed Isthmian League Division Two, where they won the championship in 1975–76. In 1979–80 the club was relegated from what was now called the Premier Division to the new Division One, followed by further relegation to Division Two North in 1986–87. 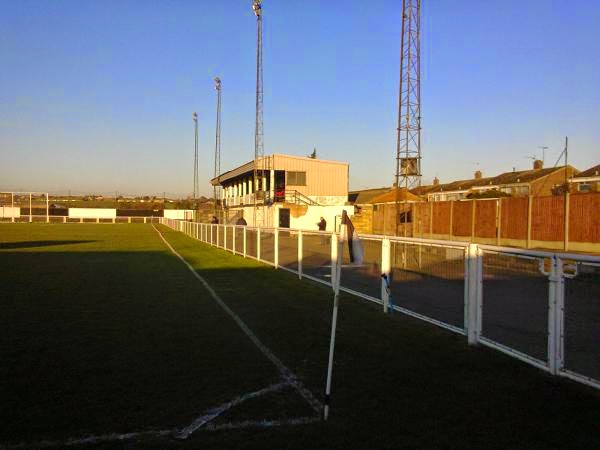 This Pieman travelled to Tilbury by train from London Fenchurch Street. The walk from Tilbury station to Chadfields being fairly straightforward. Saffron Waldon Town emerged as 2-0 victors in this Isthmian League encounter. 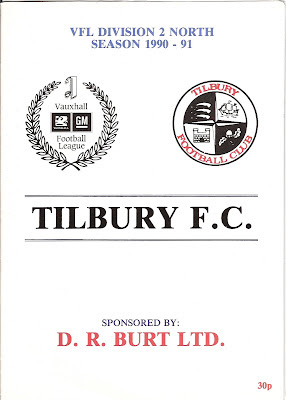