Porto, also known as Oporto in English, is the second-largest city in Portugal, after Lisbon, and one of the major urban areas in Southern Europe and the capital of the second major great urban area in Portugal. Located along the Douro river estuary in northern Portugal, Porto is one of the oldest European centres. Its settlement dates back many centuries, when it was an outpost of the Roman Empire. Its Latin name, Portus Cale, has been referred to as the origin for the name "Portugal". One of Portugal's internationally famous exports, port wine, is named after Porto, since the metropolitan area, and in particular the adegas of Vila Nova de Gaia, were responsible for the production and export of the fortified wine. The history of Porto dates back to the 4th century, to the Roman occupation of the Iberian Peninsula. Celtic and Proto-Celtic ruins have been discovered in several areas, and their occupation has been dated to about 275 BC. During the Roman occupation, the city developed as an important commercial port, primarily in the trade between Olissipona (the modern Lisbon) and Bracara Augusta (the modern Braga). 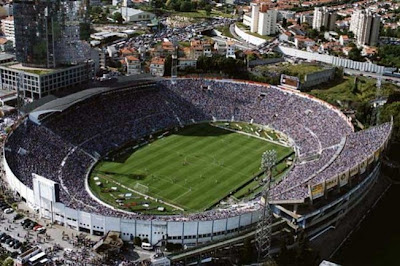 Futebol Clube do Porto was founded in 1893 by a wine merchant, António Nicolau de Almeida. FC Porto's nickname, "Dragões" (Dragons), as well as the name of their stadium, Estádio das Antas (Dragon's Stadium), is related to the club's coat of arms. Until 1922 the club's emblem was a blue football with the letters FCP in white. That year, one of the club's players thought of combining that emblem with the city of Porto's coat of arms at the time. These arms, given by Queen Maria II in 1837 (subsequently altered in 1940), had a quartered shield, showing in the first and fourth quarter the arms of Portugal, and in the second and third quarter the Virgin Mary holding the Child Jesus. The crest of the Royal House of Portugal was a dragon holding the motto "Invicta" (undefeated), surrounded by the collar of the Order of the Tower and Sword, Portugal's highest honour, bestowed on the city by the queen after the undefeated siege of July 1832 – August 1833. 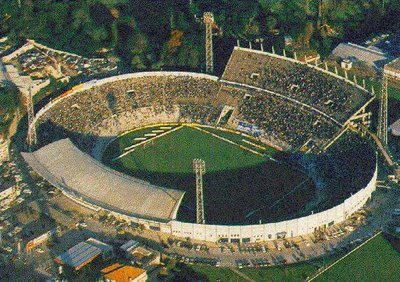 This Pieman visited Estádio das Antas for a tense match with Tottenham Hotspur. The 0-0 result meant going into the second leg at White Hart Lane both clubs would be confident of progression to the next round of the European Cup Winners Cup. Another close match saw Spurs win by the only goal. 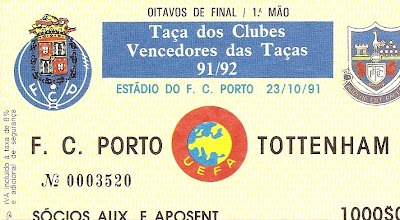 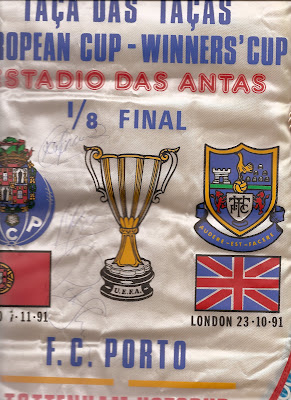