Tolworth is a suburban area of southwest London in the Royal Borough of Kingston upon Thames, located 11.1 miles south west of Charing Cross. Surbiton is the nearest town, about a mile north west. In the Doomsday Book, it was called Taleorde. For much of the 19th century the Earls of Egmont were Tolworth’s principal landowners. By 1908 things were changing - the population growth was accelerating due to the development of the brickfields and the construction of Tolworth Sewage Farm (opened in 1891). With a proper sewerage system Tolworth was ready for development. St Matthew’s Church had been built for a congregation of 800 and trams now ran from the Red Lion. The opening of the Kingston by Pass (A3 road) in 1927 was a major catalyst for expansion which included six and a half miles of new residential roads, containing 2000 houses. This period also saw the construction of Tolworth Broadway, aligning with the Kingston Road, on the former Tolworth Lodge Farm. In the 1930s and '40s the clay extraction requirements of a brickworks north of the A3 produced a large water-filled pit (known locally as "The Bluey") which was used as a landfill site for bomb-damage and industrial material removed from bomb-sites resulting from the "Blitz". The Civil Defence Corps used to have a training site with a full-size mock-up of a bomb-damaged housing estate. This land has been reclaimed and is now a recreation ground. During World War II a number of V1 flying bombs came down on Surbiton and Tolworth, including the notorious "Derby Day Disaster" of June 1944 when 12 people were killed by a V1 at Tolworth Park Road. Eric Clapton used to live in Tolworth, attending Hollyfield School. 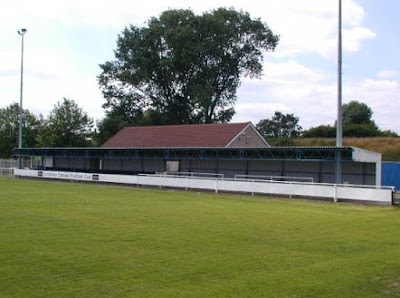 In 1939, the club amalgamated with Corinthian F.C., to form Corinthian-Casuals F.C. The original Corinthian F.C. was founded in 1882, by N. Lane Jackson, assistant secretary of the Football Association, with the intention of developing a squad capable of challenging the supremacy of the Scotland football team. Between 1882 and the original clubs eventual end, in 1939, Corinthian FC did more to shape the modern game than any other. The first Icons of the sport, they are credited with having popularised the beautiful game around the globe and en route, inspired millions. The current club remains true to their Corinthian traditions and remains amateur. They are based in Tolworth and play at King George's Arena. 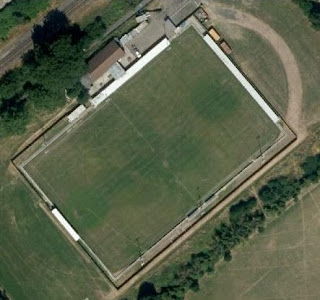 This Pieman visited King George's Arena for this midweek Combined Counties League fixture. Tolworth Station is less than ten minutes walk from the ground and my journey from London Waterloo took around half an hour. The home side were in rampant late season form, defeating North Greenford United 7-0. 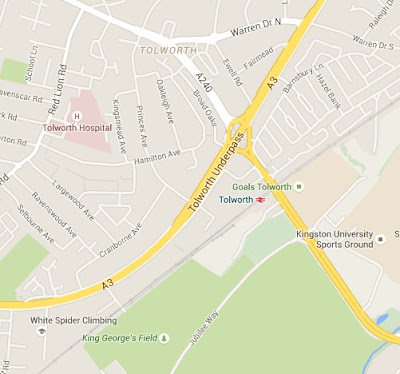