Lancing is a village and civil parish in the Adur district of West Sussex, England, on the western edge of the Adur Valley. It occupies part of the narrow central section of the Sussex coastal plain between smaller Sompting to the west, larger Shoreham-by-Sea to the east and the parish of Coombes to the north. It is a mix of no more than mid-rise coastal urban homes and farms and wildlife reserves on northern chalk downs. The oldest non-religious buildings date to around 1500 CE. In 1828, remains of what may be an Iron Age shrine and to its west a later Romano-British temple were found just west of Lancing Ring. The Roman road from Noviomagus Reginorum (Chichester) to Novus Portus (probably Portslade near Brighton) also ran through modern North Lancing (along the Street) down to the ford. Much of the land which is residential was formerly taken up by family-run market gardening businesses growing fruit or flowers for the Brighton Market or Covent Garden in London. Lancing railway station opened with what is now known as the West Coastway Line in 1849. Between 1908 and 1912 the London, Brighton and South Coast Railway developed its railway wagon and carriage works in the area that is now the Lancing Business Park. It was closed under the Beeching Axe in 1963. Following World War II market gardening gave way to housing as diets became more exotic and more difficult to ripen fruits such as grapes began to be imported in greater numbers; this growth was most rapid between 1945 and 1970, with more muted housing growth following on in most years. 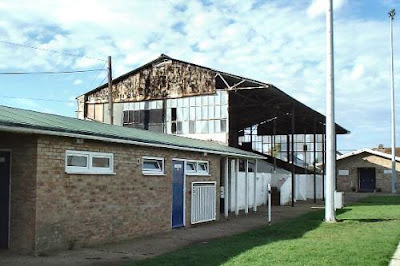 The football club was formed in 1941 as Lancing Athletic. They started in the Brighton, Hove & District Football League after the war and were champions in the 1946–47 campaign. The club then entered the Sussex County League in 1948–49 and finished runners-up the following season. They reached the Fourth Qualifying Round of the FA Cup in 1952–53 and changed their name to their current one in 1957 following relegation to the Sussex County League Division Two. The club won the league in their inaugural season under their new name, gaining promotion back to Division One. In 1964–65, the club again finished runners-up of the Sussex County League, but in 1968 they were relegated to Division Two. They returned to Division One as champions in 1969–70, but were relegated again after two seasons. It was a decade before the club was again promoted to Division One, this time as runners-up, in 1982–83, but they were relegated again in 1990. The club play their home games at Culver Road. 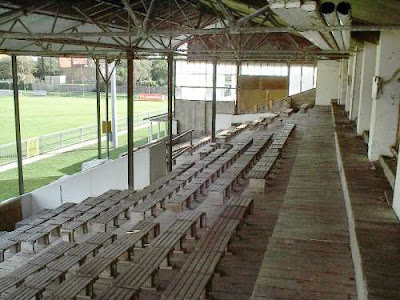 This Pieman travelled by train to Lancing from London Victoria. The walk from Lancing station to Culver Road taking less than five minutes. The home side won a lively encounter with Saltdean United 3-1. 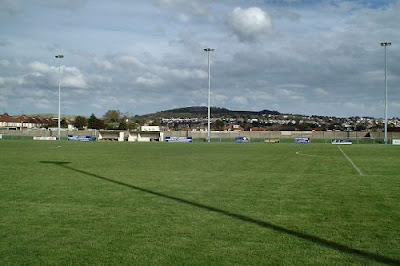 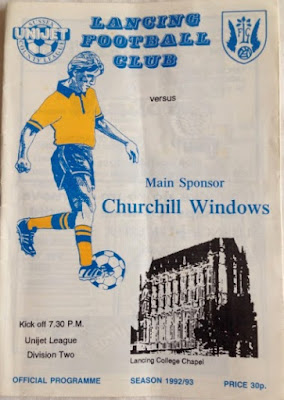