Ramsgate began as a fishing and farming hamlet. Ramsgate as a name has its earliest reference as Hraefn's ate, or cliff gap, later to be rendered 'Ramisgate' or 'Remmesgate' around 1225 and 'Ramesgate' from 1357. The legendary mercenaries Hengest and Horsa landed in the 5th century to herald the pagan Anglo-Saxon age in England. The Christian missionary St. Augustine landed in Ramsgate in 597, which re-established the link between England and the Christian church in Rome. The construction of Ramsgate Harbour, a defining characteristic of the town, began in 1749 and was completed in about 1850. It has the unique distinction of being the only Royal Harbour in the United Kingdom. Because of its proximity to mainland Europe, Ramsgate was a chief embarkation point both during the Napoleonic Wars and for the Dunkirk evacuation in 1940. 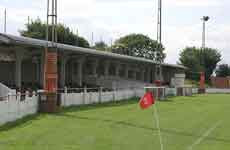 I travelled to Ramsgate by train. With time to spare before the match, I explored the seaside town, which was pleasant enough, if a little run-down. However, run-down is nothing in comparison to the state of the model village near the seafront! Clearly this 'attraction' had seen better days. Covered in dirt and cobwebs the whole place was in need of repair (demolition - Ed). An elderly woman and a young boy appeared to be in charge of the place and were more than happy to take admission money. Needless to say I have never considered going back.

The Southwood Stadium is centrally located and only a short walk from both the seafront and the railway station. The bank holiday crowd were entertained by a fine passing game from the young Spurs side. 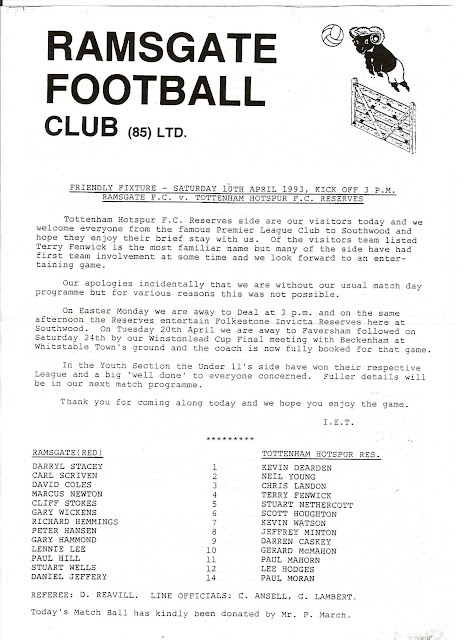