Crawley is a town and borough in West Sussex, England. It is 28 miles south of Charing Cross, 18 miles north of Brighton and Hove, and 32 miles north-east of the county town of Chichester. Although Crawley itself is not mentioned in the Doomsday Book of 1086, the nearby settlements of Ifield and Worth are recorded. The first written record of Crawley dates from 1202, when a licence was issued by King John for a weekly market on Wednesdays. Crawley grew slowly in importance over the next few centuries, but was boosted in the 18th century by the construction of the turnpike road between London and Brighton. When this was completed in 1770, travel between the newly fashionable seaside resort and London became safer and quicker, and Crawley (located approximately halfway between the two) prospered as a coaching halt. By 1839 it offered almost an hourly service to both destinations. The Brighton Main Line was the first railway line to serve the Crawley area. A station was opened at Three Bridges (originally known as East Crawley) in the summer of 1841. Crawley railway station, at the southern end of the High Street, was built in 1848 when the Horsham branch was opened from Three Bridges to Horsham. A line was built eastwards from Three Bridges to East Grinstead in 1855. Three Bridges had become the hub of transport in the area by this stage: one-quarter of its population was employed in railway jobs by 1861 (mainly at the London, Brighton and South Coast Railway's railway works near the station). In the early 20th century, many of the large country estates in the area, with their mansions and associated grounds and outbuildings, were split up into smaller plots of land, attracting haphazard housing development and small farms. By the outbreak of the First World War in 1914 Crawley had grown into a small but prosperous town, serving a wide rural area and those passing through on the A23 London–Brighton road. Three-quarters of the population had piped water supplies, all businesses and homes had electricity, and piped gas and street lighting had been in place for 50 years. An airfield was opened in 1930 on land near the racecourse. This was a private concern until the Second World War when it was claimed by the Royal Air Force. 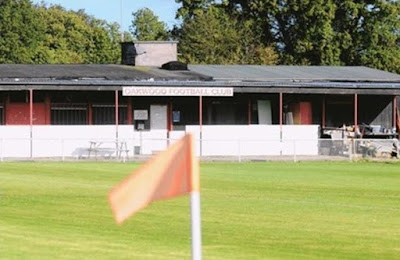 Founded in 1962 by pupils from St Wilfrids School which traditionally favoured Rugby football, Oakwood FC took its name from the estate where the school was situated. Three seasons after playing against other local school teams, the club applied to join the Crawley and District Football League for the 1966–67 season. After five years the club had reached C&DFL Division One. During the 1972–73 season the club reached the Sussex FA Junior Cup Final losing 1–0, and were again runners up in the same competition the following season to the same score-line. However by the time they had reached their second consecutive County Final, they had been crowned Crawley League Division One champions and Winners of the Crawley Senior Cup. By 1980 the club was beginning to re-structure and joined the Southern Counties Combination League, where they finished fourth in the first season, and incredibly runners up the following year also winning the league Cup. In 1983 the club purchased its present home at Tinsley Lane, Oakwood Park. With the extension of the Sussex County Football League by introducing a Third Division for season 1984–85, the club were accepted on application and emerged as Champions at the first attempt. After promotion and adjusting to life in Division Two the club finished third during their third year, and should have missed promotion as the old ruling was two down two up. However promotion was granted to Division One as Bexhill Town, who had finished as runners up, did not have adequate facilities for the top Division at that time. Unfortunately the Oaks were relegated after just one season. The 1989–90 season saw the installation of the floodlights at Oakwood Park, and the club finishing the season as runners up to Bexhill Town. This season also saw the first senior trophy for the club in the shape of the Division Two Cup, where they defeated Stamco 2–1 in the final. 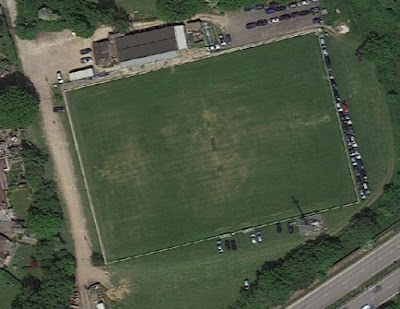 This Pieman travelled by train from London Victoria to Three Bridges. From the station it was around a 25 minute walk to reach the ground. Visitors Wick FC scored three goals without reply to win this Sussex County League encounter 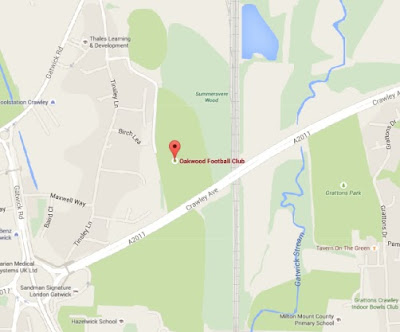 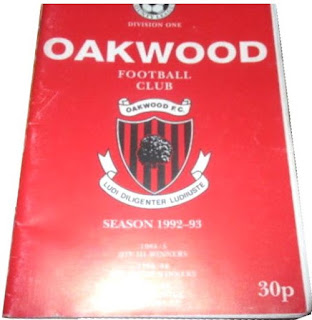