London Colney is a village and civil parish in Hertfordshire, England. It is near St Albans and part of the St Albans District. By repute it is the second largest village in the United Kingdom, after Cottingham near Hull. The Doomsday Survey of 1098 suggests that London Colney including the Napsbury area was made up of woodland and mixed agriculture such as arable and pasture. The earliest signs of human activity are prehistoric, the remains of which have been found to the west of the parish. Mesolithic tools of hunter-gatherers have been found by the river. London Colney first appeared on a Hertfordshire map of 1645. The village grew when the coaching route from London to Holyhead was in its heyday. At which time there were 26 Inns and Pubs to accommodate the travellers, coachmen and their teams of horses. At the beginning of the 20th century the population figure was 3568 (including Colney Heath). Some of the most attractive properties in the village are located in the Waterside area. Waterside House formerly Rose Cottage, is an impressive house on a farmstead site which is referred to as existing at the time of the Doomsday Census. The many smaller cottages in this area are also worthy of note, some being over 150 years old.

London Colney F.C. was established in 1907 and joined the Herts County League Division One 'A' in 1955, progressing eventually to the South Midlands League. They play at Cotlandswick Playing Fields. 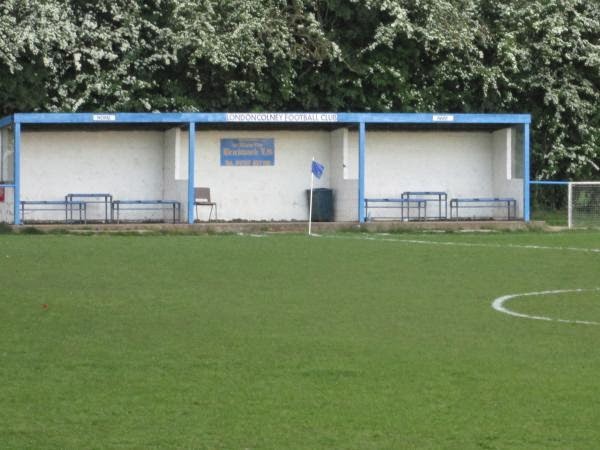 This Pieman witnessed a 2-0 victory for the home side over Leverstock Green. The journey by public transport involved a train journey to St Albans and then a bus journey on to London Colney.