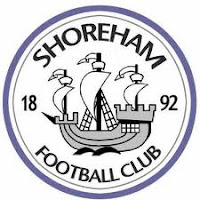 Shoreham-by-Sea (often shortened to Shoreham) is a small seaside town and port in West Sussex. Old Shoreham dates back to pre-Roman times. St Nicolas' Church, inland by the River Adur, is partly Anglo-Saxon. The name of the town has an Old English origin. The town and port of New Shoreham was established by the Norman conquerors towards the end of the 11th century. St Mary de Haura Church (St Mary of the Haven) was built in the decade following 1103 (the Doomsday Book was dated 1086), and around this time the town was laid out on a grid pattern that, in essence, survives in the town centre. The church is only half the size of the original - the former nave was ruinous at the time of the civil war although remnants of the original west façade survive in the churchyard to some height. Severe storms in the 14th and 15th centuries wreaked much damage along this part of the south coast. The growth of neighbouring Brighton, Hove and Worthing - in particular the arrival of the railway in 1840 - prepared the way for Shoreham's rise as a Victorian sea port, with several shipyards and an active coasting trade. Shoreham Harbour remains in commercial operation to this day. 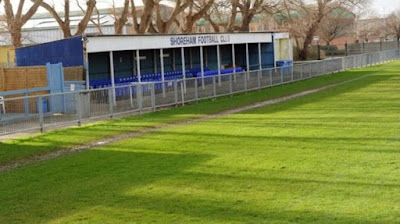 The football club was established in 1892 and was one of the founding members of the West Sussex Football League in 1896. After their first season in the league they were relegated to the Junior Division, but bounced back up as champions, the following season. The 1901–02 season saw the club achieve their first senior honours when they lifted the Sussex Senior Challenge Cup. More success followed the season later when the club won the West Sussex Football League and the Sussex RUR Cup. They repeated the league success two seasons later, but had to settle as runners up in the Sussex RUR and Challenge Cups. The 1905–06 campaign saw the club achieve a treble of competition wins when they took the league title, and both the Sussex RUR and Challenge Cups. After the First World War the club played in the Brighton, Hove & District Football League, until the end of the 1919–20 season when they became one of the founder members of Sussex County Football League. After seven seasons the club left the Sussex League after finishing bottom with just five points at the end of the 1926–27 campaign; however the club rejoined the league again for the start of the 1932–33 season. The club then remained in the league up until the Second World War, where play was suspended, during which time they finished as runners-up in the 1934–35 season. After hostilities had ceased the club rejoined the Sussex County League, in the 1946–47 season. That season also saw the club make their debut in the FA Cup, where they met East Grinstead in the Preliminary qualifying round, but were soundly beaten 11–0. The 1951–52 season, saw the club become champions of the Sussex County League for the first time, and they successfully defended their title the following season. The club saw themselves finish bottom of Division One at the end of the 1960–61 campaign, but immediately bounced back up as Champions of Division Two the following season. The club remained in Division One for four more seasons, before being relegated back to Division Two. This time they had to wait six seasons to bounce back, when they finished as runners up in the 1972–73 campaign. However their stay in Division One would only last a single season and it took the club another three seasons to gain promotion again as Champions. The club maintained their winning ways the next season, as they won Division One for the third time in their history. Four seasons after their Championship win, the club was relegated back to Division Two, and it took the club till the end of the 1984–85 campaign to gain promotion, when they finished at the top of Division Two. The 1991–92 season saw their seven-year stay in Division One come to an end, after finishing in the bottom two. 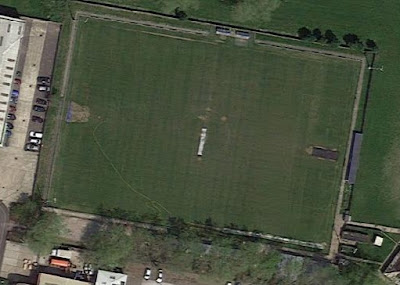 This Pieman travelled to Shoreham by train from London Victoria, the walk to Middle Road, from the station taking less than ten minutes. The home side defeated visitors Hassocks by the only goal of the match. 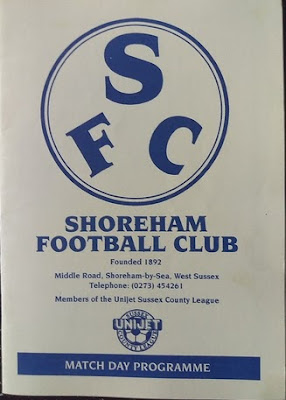