Farleigh is a village in the civil parish of Chelsham and Farleigh in the Tandridge District of Surrey, England. It is located in the North Downs and the Metropolitan Green Belt, 4.5 miles south east of Croydon, 13.4 miles south of London and 25 miles (40 km) west, north east of Surrey's county town, Guildford. Farleigh appears in the Doomsday Book of 1086 as the manor of Ferlega. It was held by Robert de Wateville from Richard Fitz Gilbert (de Clare and de Tonbridge). In the 13th century the manor belonged to Walter de Merton, who founded Merton College, Oxford and settled his property in Farleigh upon the new society. The living is a discharged rectory which gives rise to chancel repair liability on the holders of Merton College's land. The church is on an elevated site, and consists of a body and chancel only, with no tower. Charles I in 1634 confirmed the rights of the manor with the advowson and certain woods called Farley Parks, Farley Frith, Popletwood and Hedgegroves.  In 1848 the area comprised 1,060 acres, of which 690 acres were arable, 320 acres woodland, and the remainder pasture, statistics which are little changed today. In 1911 Merton College continued to hold the manor. From 1965 to 1969 Farleigh was part of the London Borough of Croydon. 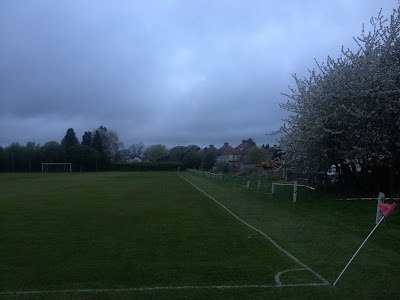 Farleigh Rovers FC who play at Parsonage Field, were established in 1922. In 1931–32 they won Division Two of the Edenbridge & Caterham League. In 1956–57 they won Division One and the Edenbridge & Caterham Cup. They then joined the Croydon League, winning the Premier Division in 1959–60 and 1969–70. They later joined the Surrey Intermediate South East League, winning Division Three in 1978–79 and the Premier Division in 1981–82. The club were founder members of the Surrey Premier League in 1982 and won it in its first season. In 1984 they moved up to the Combined Counties League.

This Pieman ventured over to Farleigh on a late May Saturday afternoon. The journey was made by train to Warlingham and from there by foot (all up hill!). After the match a bus ride to East Croydon station from just along from the ground was a good experience. An in-form Peppard romped to a 4-2 victory over their hosts. 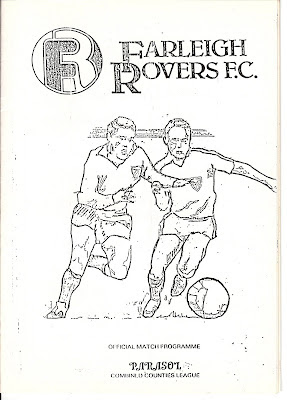