Long Buckby is a large village and civil parish in Northamptonshire, England, midway between Northampton and Rugby.  It has a history going back approximately 1,200 years to the Vikings when all of northern, central and eastern England came under the Danelaw. The mound remaining of a castle built by Sahir de Quincy in the 12th century remains. The village name is of Nordic origin, with 'by' meaning settlement or village while 'Buck' is derived from 'Bec' (pronounced 'becker' in old Norse) for stream/brook. The village is recorded in the Doomsday Book as Buchebei, its affix possibly coming at a later date in reference to the length of the village. The village once had a thriving shoemaking industry but is now mainly a residential village. Until the mid-1960s Long Buckby boasted its own goods marshalling yard which played a very significant role in the once thriving village economy, providing for the import of fuel and consumables for local business and residents as well as delivering the mail and packages to the village post office, and newspapers to the village newsagents. Local agricultural produce and to a lesser extent livestock were exported from the facility. 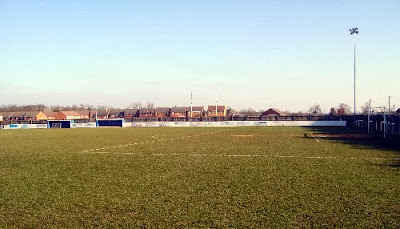 Long Buckby FC (formally known as Long Buckby Nomads) were formed in 1937, and then re-formed in 1945, after WWII due to the efforts of local hairdresser Bill Ward and others. The club plays its home fixtures at Station Road. With numerous ground improvements on the Sports Field and the beginnings of a fledgling Sports and Social Club, the bucks gathered a strong enough squad during the 1968/69 season to apply and be accepted into the United Counties Football League in 1969. The club won Division 3 in 1969-70 and then won Division 2 in 1970-71, but were refused promotion due to the facilities. They won again in 1971-72 and this time were promoted, not into Division 1, but into the newly renamed Premier Division. During their promotion season to the Premier Division the club also won the UCL Division 2 KO Cup, the Northants Junior Cup and the Daventry Charity Cup. The club has remained in the Premier Division ever since. 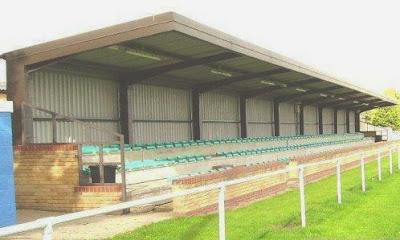 This Pieman visited Long Buckby by train. The journey from London Euston facilitated a refreshment stop at Northampton. From Northampton it is only one further stop to Long Buckby. The ground is only a short walk from the railway station. This particular match saw a share of the spoils resulting in a 1-1draw with visiting Holbeach United. 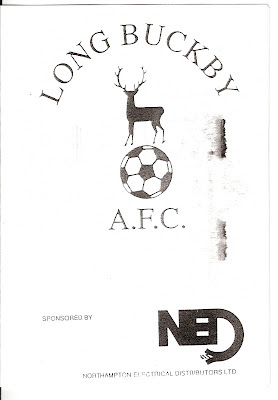