Wisbech is a market town and inland port with a population of about 20,000 in the Fenland area of Cambridgeshire. The tidal River Nene runs through the centre of the town and is spanned by two bridges. A Norman castle to fortify Wisbech was built by William I, and in later Tudor times became a notorious prison. The Castle was rebuilt in the mid-17th century and again in 1816 by Joseph Medworth, who also developed the Crescent, familiar as the setting in numerous costume dramas.


The major town dwelling is Peckover House with its fine walled garden, built for the Quaker/banking family in 1722 and now owned by the National Trust. It is also worth noting that Pat North ventures this way when the local football team are at home. 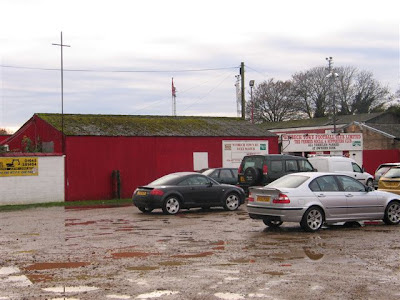 Our journey by train from Cheshunt took us to Kings Lynn via Cambridge. We opted to go via this route rather than via Peterborough for a couple of reasons. It was easier than going into London and it was also cheaper. 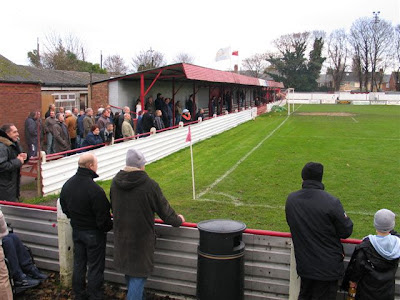 From Kings Lynn we took advantage of the regular (hourly I think) bus services to Wisbech. The route taken passes Fenland Park but as we had time to spare we continued on to the town centre, giving us the opportunity to explore the Georgian market town. We enjoyed a good lunch in one of pubs near the Market Place. 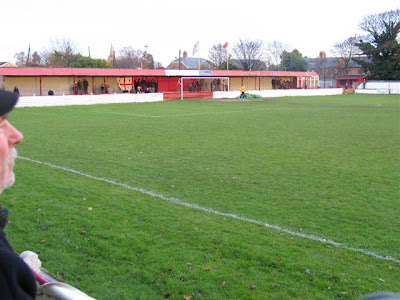 Another notable purchase was local Fenland onions which I duly transported back to Cheshunt. As for the match Wisbech overcame an error by their keeper to beat a spirited Tiptree side 4-1. 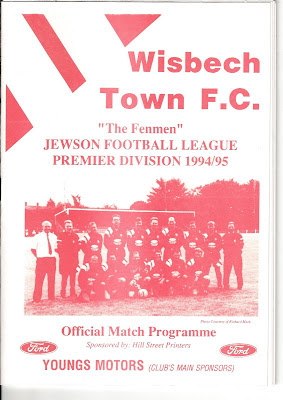