Harpenden is a town in the City of St Albans district in the county of Hertfordshire. There are Roman remains in land around Harpenden, for instance the site of a mausoleum in the park at Rothamsted. Up to the 13th century the area of the parish consisted of woodland with small hamlets and single farmsteads around cleared areas called "End" or "Green" and there are 19 Ends and 18 Greens in area of Harpenden and Wheathampstead parishes. Many of these still survive today. Harpenden village grew out of Westminster Abbey's gradual clearing of woodland for farming and settlement within its Wheathampstead manor, granted by Edward the Confessor in 1060. A first reference to a parish church is in 1221 (where it is referred to as Harpendene) so it is inferred that the village grew up around then. The church of St Nicholas is the oldest church in the town, originally built as a Chapel of ease in 1217.  The arrival of the railway system from 1860 and the sale of farms for residential development after 1880 radically changed Harpenden's surroundings. First the Dunstable Branch of the Great Northern Railway passed through the Batford area with a station later named Harpenden East railway station (this line is now closed and forms a cycle track). Then the main line of Midland Railway was built in 1868 with a station near the main village, which still exists today. The Harpenden and Hemel Hempstead Railway, known locally as the Nicky Line, was opened in 1877. During the Second World War, Harpenden was used to evacuate children from heavily bombed London. However, Harpenden was not totally confident in its safety, as evidenced by the now decaying Bowers Parade air raid shelters. 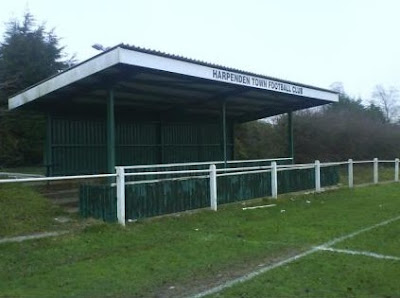 The football club was established in 1891 as Harpenden F.C. and became founder members of the Herts County League in 1898. However, the club left after two seasons, and changed its name to the current one in 1908. The club rejoined the league in the Western Division for the 1908–09 season, winning the league in 1910–11, but losing the playoff against the Eastern champions. The following season the club repeated their league win, but this time won the playoff to become overall champions. In 1912–13, the club finished runners-up in the Western Division; and in 1920–21, won the league but finished third in the playoff. The club left the league in 1922, only to return in 1948. Upon their return, Harpenden Town was placed in Division One, which they won in 1950–51, 1952–53 and 1954–55, while finishing runners-up in the years between. The club was placed in Division 1A in 1955–56 for a transitional season, and finished runners-up before being placed into the Premier Division the following season due to a reorganisation of the league. In 1957, Harpenden left the Herts County League to join the South Midlands League Premier Division. The club won the South Midlands League Premier Division in 1961–62 and 1964–65, and finished runners-up in 1969–70, but were relegated to Division One in 1973. However, this lasted only one season as the club finished third and were promoted back to the Premier Division. Harpenden were relegated again in 1982, and returned only after winning Division One in 1989–90.

This Pieman travelled to Harpenden via Thameslink services to Harpenden station. The onward journey from there walking to Rothamsted Park taking around fifteen minutes. Visitors Milton Keynes FC took the points from this match courtesy of the only goal. 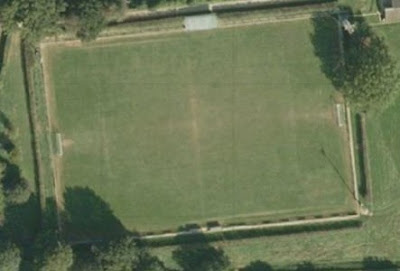 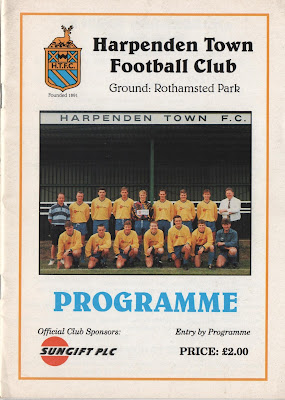