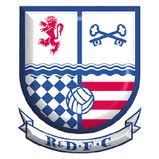 Irthlingborough, originally called Yrtlingaburg in the 8th century; it is called Erdiburn in the Doomsday Book, later still, Artleborough, is a small town on the River Nene in Northamptonshire, England. It is the smallest town in England to have possessed a league association football team, Rushden & Diamonds. The parish church, St Peter, has a lantern tower which is unusual for Northamptonshire churches. This was built to guide travellers across the Nene valley in foggy weather. It also has doors at the four cardinal points; of note are the eight misericords in the chancel. In the past, ironstone was mined near Irthlingborough, and as part of the local ironstone mine, a tunnel was bored between Irthlingborough and nearby Finedon. The tunnel is still in existence although the Irthlingborough end has been landscaped over and the Finedon end sealed with concrete. Irthlingborough railway station closed in 1964 to passengers.

Rushden and Diamonds FC was formed on 21 April 1992 by a merger of Rushden Town and Irthlingborough Diamonds. The move was the brainchild of Max Griggs. The club’s successes include finishing 3rd in the Southern League Midland Division in their inaugural season. The following year they won the division, winning promotion to the Southern League Premier Division. Nicknamed "The Diamonds", the club play at Nene Park. The club's main rivals are county neighbours Kettering Town. 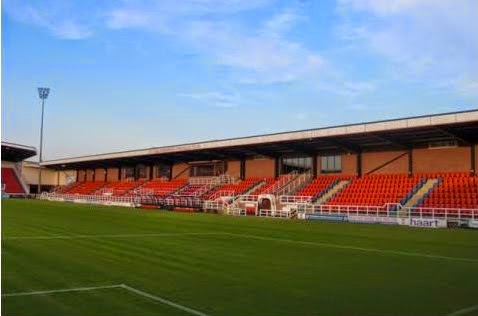 The journey to Irthlingborough was relatively straightforward and involved catching a Thameslink train service to Bedford from London St Pancras. The hourly Bedford to Kettering bus service was then utilised and the route actually passes Nene Park. The home side won a keenly fought FA Cup tie 1-0 against their visitors from Staffordshire.