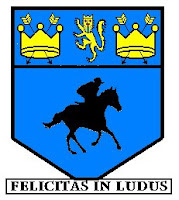 Newmarket is a market town in Suffolk, approximately 65 miles north of London, which has grown and become famous because of its connection with race horses and thoroughbred horse racing at Newmarket Racecourse. It is the largest racehorse training centre in Britain, and home to several horseracing institutions. The town has two race courses situated on Newmarket Heath;  these are the Rowley Mile and the July Course. The two courses are separated by the Devil's Dyke. The area of Suffolk containing Newmarket is nearly an exclave, with only a narrow strip of territory linking it to the rest of the county. Historically the town was split with one parish - St Mary - in Suffolk, and the other - All Saints - in Cambridgeshire. The Local Government Act 1888 made the entirety of Newmarket urban sanitary district part of the administrative county of West Suffolk.

Newmarket Town FC was formed on 22 November 1877, and played their first game against Pembroke College. They initially played on the heath, until moving to Cricket Field Road in 1885; the first game at the new match was played on 21 October 1885 versus Bury School. In 1920 the club won the Cambridgeshire Senior League and the Cambridgeshire Senior Cup. They moved into the Bury and District League, which they won in 1926–27. The club then moved into the Suffolk and Ipswich League, winning the title in 1931–32, 1932–33 and 1933–34, and picking up the Suffolk Senior Cup the following season. In 1937 the club was admitted to the Eastern Counties League. Following the war, the club finished bottom for five consecutive seasons, and eventually left the league at the end of the 1951–52 season, in which they had lost all 34 matches and finished with a goal difference of -151.They dropped into the Peterborough and District League. After winning it in 1957–58, they returned to the Eastern Counties League in 1959. 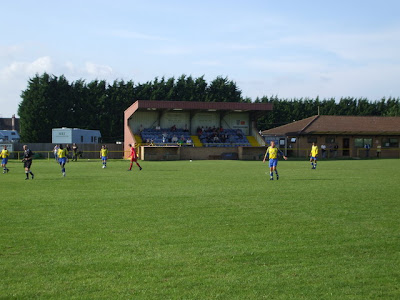 The journey from Cheshunt by train involved changing at Cambridge on to an Ipswich bound service. The railway station at Newmarket is relatively close to Cricket Field Road but it was nice to be able to wander around the town for a while before the match. The Jockeys won a keenly contested match with visitors Cornard United and once again this Pieman was impressed with the standard of football in the Eastern Counties League. 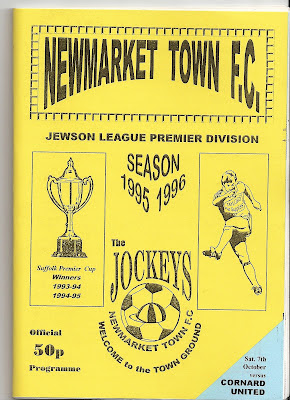