Peacehaven has only existed as a settlement since 1916, after its founder, Charles Neville had purchased land in the parish of Piddinghoe; he then set up a company to develop the site. He advertised it by setting up a competition to name the development, although the newspaper concerned - the Daily Express - sued Neville over the competition, holding that it was a scam, since he was offering "free" plots of land in the town as runner-up prizes, but issuing them only on the payment of a conveyancing fee. The newspaper won the case, but the publicity brought the scheme to a large audience. The name chosen - New Anzac-on-Sea - lasted less than a year; the fateful Gallipoli campaign led Neville to rename his development Peacehaven. By 1924 there were 3000 people living in Peacehaven. The town, apart from the newer development to the west named Telscombe Cliffs, still retains its original shape; rectangular plots of land on both sides of the main road. Original houses were often very temporary affairs (some were old railway carriages). Peacehaven eventually grew to be larger in area than Lewes, the county town and administrative headquarters of the region.

To reach the seaside hamlet of Peacehaven by public transport, we took the train from London Victoria to Brighton. From there we took a local Brighton & Hove bus along the coast road to Peacehaven. This journey took little more than 20 minutes. 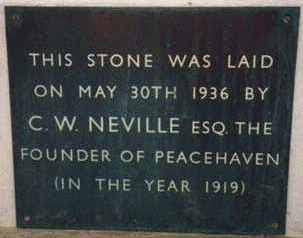 For lunch we took the slightly unorthodox step of visiting the local curry house, Tandoori Nights. Here we enjoyed a splendid meal which set us up nicely for the afternoon proceedings. 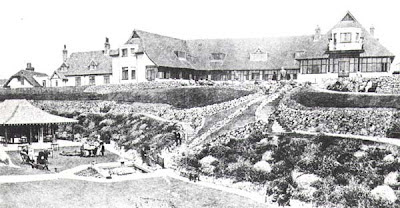 The Piddinghoe Avenue ground is only a short walk up from the main coast road through Peacehaven. A basic but tidy venue, mugs of tea and an impressive 4-0 victory for the home side over a spirited North Leigh FC. 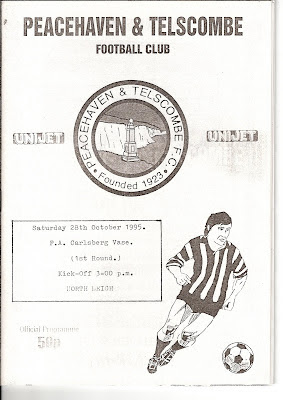