Brentwood is a town and the principal settlement of the Borough of Brentwood, in the county of Essex in the east of England. It is located in the London commuter belt, 20 miles east north-east of Charing Cross, and near the M25 motorway. Brentwood is an affluent suburban town with a small but expanding shopping area and high street. Beyond this is extensive sprawling residential development entirely surrounded by open countryside and woodland; some penetrating to within only a few hundred yards of the town centre. The borough began as a small clearing in the middle of a dense forest, created by fire, giving it the name of Burntwood, or 'the place where the wood was burned'. People began to settle there and, because it was on the crossroads of the old Roman road from Colchester to London and the route the pilgrims took over the River Thames to Canterbury, it grew into a small town. A chapel was built in or around 1221, and in 1227 a market charter was granted. The new township, occupying the highest ground in the parish, lay at the junction of the main London-Colchester road with the Ongar-Tilbury road. Its growth may have been stimulated by the cult of St. Thomas the Martyr, to whom the chapel was dedicated: the 12th century ruin of Thomas Becket Chapel was a popular stopping point for pilgrims on their way to Canterbury. The ruin stands in the centre of the high street, next to the tourist information office, and the nearby parish church of Brentwood retains the dedication to St. Thomas of Canterbury. Pilgrims Hatch, or 'Pilgrims' gate', was probably named from pilgrims who crossed through on their way to the chapel. It is likely, however, that Brentwood's development was due chiefly to its main road position, its market, and its convenient location as an administrative centre. Early industries were connected mainly with textile and garment making, brewing, and brick making. 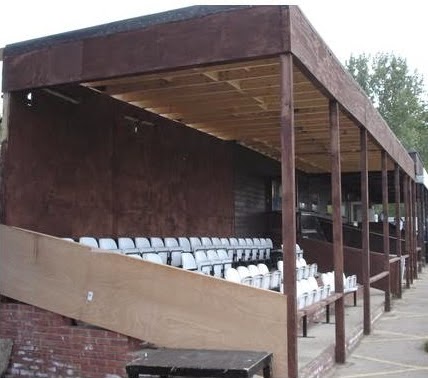 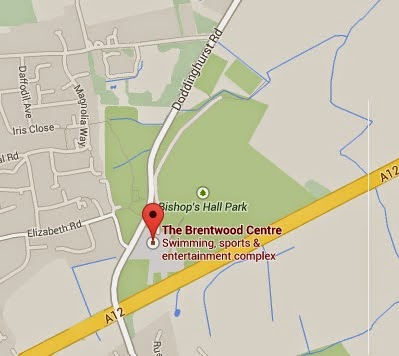 This Pieman was fortunate to be offered a lift to The Brentwood Centre. This match saw visitors Romford clinch the Essex Senior League title with a 2-0 win over their hosts on this Easter Monday morning. 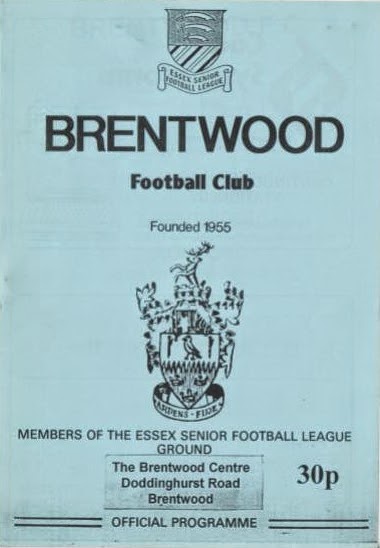