Cobham is a village in the Borough of Elmbridge in Surrey, England, centred 17 miles south-west of London and 10 miles north-east of Guildford on the River Mole. Cobham is an ancient settlement whose origins can be traced back on the ground through Roman times to the Iron Age. It appears in the Doomsday Book as Covenham and was held by Chertsey Abbey. Coveham or Covenham is thought to mean a settlement in the curve of a river. Historically, Cobham comprised two separate communities, Street Cobham and Church Cobham. The former lay on the road to London, and the building now known as the Cobham Exchange was once a coaching inn. The community of Church Cobham grew up around St. Andrew's Church, which dates from the 12th century. Although much altered and extended in the 19th century, the church preserves a Norman tower and is a Grade I listed building (the highest architectural category). The village's population was reported as 1617 inhabitants in 1848. The arrival of the railway in the 1880s led to the expansion of the original village, which became increasingly suburbanised during the 20th century. Until the 1960s, the entrance to the High Street from River Hill to the south was very narrow. A number of historic and picturesque buildings were demolished at that time, some of them to enable the road to be widened, some to be replaced by contemporary buildings more suitable for shops. Subsequently the High Street has developed into a busy local shopping centre. 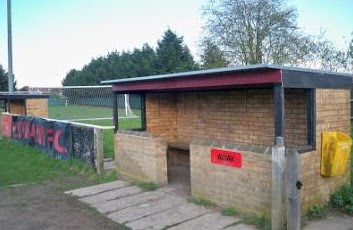 Cobham Football Club was formed in October 1892 and joined a local junior league. The home ground was never settled, with the club playing at various fields around the outskirts of the village. During the late 1920s they played in the Kingston & District League winning Division One in seasons 1928–29 and 1929–30. In the early 1930s they gained Intermediate status and quickly achieved Senior Status for the 1937–38 campaign upon election to the Surrey Senior League. After the Second World War the club made its debut in the FA Cup in the 1948–49 campaign where they made it to the Preliminary round before being knocked out by Leatherhead 2–0. The club established a home ground at Cobham Recreation Ground and continued to play there until the 1955–56 season when they moved to their current home the Leg O'Mutton Field. Because of the Anvil Lane address, the club became known as 'The Hammers'. The club remained in the Surrey Senior League until 1978 when the league became the Home Counties League and then a season later was renamed the Combined Counties League with Cobham as one of the founder members of the new league. 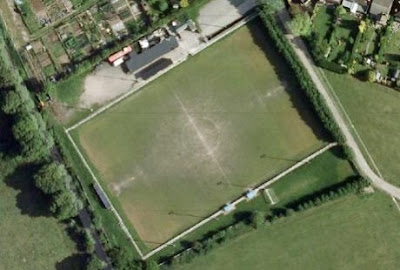 This Pieman visited Cobham by train from Clapham Junction alighting at the delightfully named Cobham and Stoke d'abernon station which is about 15 minutes walk from the Leg O'Mutton Field. The home side was in fine form on this Saturday afternoon, beating the once mighty Peppard 5-1. 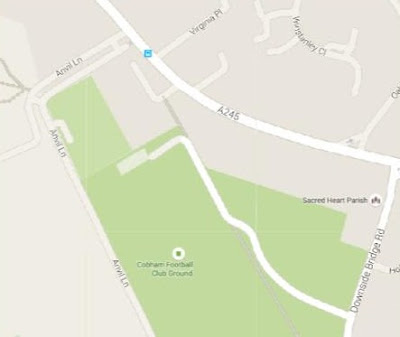