Maldon is a town on the Blackwater estuary in Essex. It is the seat of the Maldon district and starting point of the Chelmer and Blackwater Navigation. It is twinned with the Dutch town of Cuijk. The charter between the two towns was signed in 1970 to cement the relationship. The place-name Maldon is first attested in 913 in the Anglo-Saxon Chronicle, where it appears as Maeldun. Maldon's name comes from Mael meaning 'monument or cross' and dun meaning 'hill', so translates as 'monument on the hill'. East Saxons settled in the area in the fifth century and the area to the south is still known as the Dengie peninsula after the Dæningas. It became a significant Saxon port with a hythe or quayside and artisan quarters. Evidence of imported pottery from this period has been found in archaeological digs. From 958 there was a royal mint issuing coins for the late Anglo-Saxon and early Norman kings. According to the Doomsday Book there were 180 townsmen in 1086. The town still had the mint and supplied a warhorse and warship for the king's service in return for its privileges of self-government. Maldon was chosen as one of the landing sites of a planned French invasion of Britain in 1744. However, the French invasion fleet was wrecked in storms, and their forces never landed. In Maldon's parish church of All Saints is a memorial window to George Washington, whose great-great grandfather, Lawrence Washington, is buried here. Unveiled by an American diplomat on 5 July 1928, the window displays Saint Nicholas with the Mayflower, Saint George and Saint Joan of Arc in the centre. At the top are the arms of the Washington family, and the arms of the USA, England, Scotland and Wales. At the bottom are depictions of George Washington, the landing of the Mayflower, the signing of the Declaration of Independence, and the Statue of Liberty. 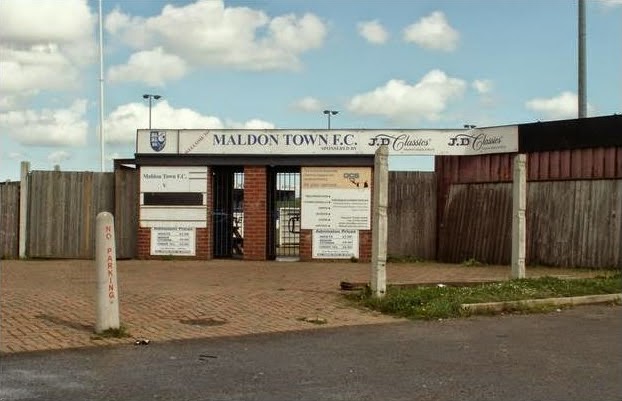 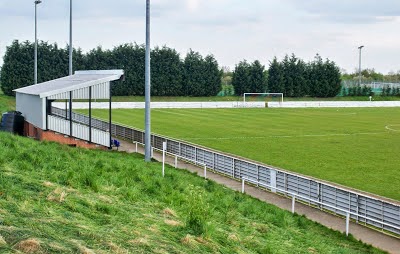 This Pieman travelled to Maldon by car for this Eastern Counties League fixture with Histon. The journey was made on the A414 via Chelmsford. The view from the main stand was very good and the two sides cancelled each other out with a goal each - a fair result. 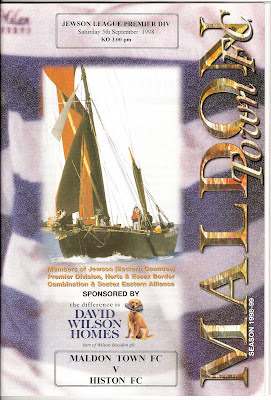