Historically, Holmer Green was a small hamlet in the parish of Little Missenden, in Buckinghamshire, England. Today it is considered a village in its own right even though it looks to the casual observer like a far corner of High Wycombe. Holmer Green is named after the manor of Holmer that covered a significant part of the parish of Little Missenden in the medieval period. The early history of the village is essentially one of people moving out of Little Missenden over the centuries and settling on a large area of heath (now vanished) known as Wycombe Heath or Holmer Heath. 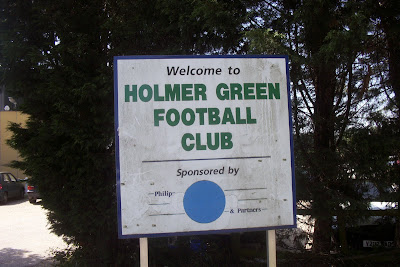 Holmer Green FC was founded in 1908 and started playing in the Chesham & District League. In 1934 the club switched to the Wycombe Combination League, as it was known then. In 1953 the club won its first major trophy – the Berks & Bucks Junior Cup. The 1960s saw success again in the Berks & Bucks Junior Cup (1965) as well as three further victories in the Chesham Charity Cup. 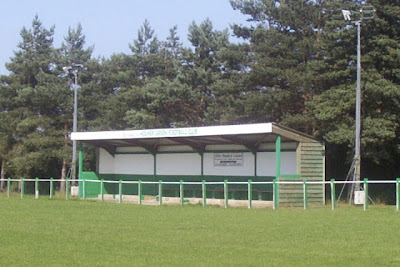 In 1975 the club moved its headquarters to the new H.G.S.A. complex at Watchet Lane. This move coincided with victory in the Wycombe Senior Cup and in 1977 with Roly Clarke as manager the team won the Berks & Bucks Intermediate Cup. This victory gained the club senior status in 1981. In 1984 Holmer Green were founder members of the new Chiltonian League, winning the Premier Division in 1984–85 and 1985–86. In 1991 with new manager Barry Hedley they finished third in the league, won the Wycombe Senior Cup and also reached the semi-finals of the Berks & Bucks Intermediate Cup. 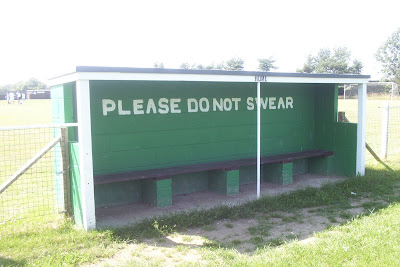 This Pieman was able to get to Watchet Lane by car although I’m sure there would be public transport options via Amersham or High Wycombe. The tie was even following the goal free first leg at Waltham Abbey. However, the visitors lifted the trophy following a comprehensive 3-0 victory. 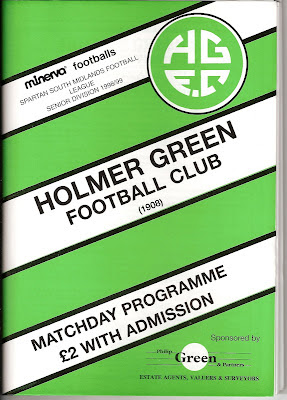