Histon and Impington are villages in Cambridgeshire. They are situated just north of Cambridge with the main bulk of the settlements being separated from the city by the A14. Over the years the two villages have grown and entwined together, to such an extent that many villagers today do not know where one ends and the other begins. The East of England Development Agency is based in Histon, and the village is also the location of the radio station Heart 103 (formerly Q103), which covers Cambridge, Ely, Newmarket, Huntingdon and Royston. Included on the Histon Village Sign is a man in a stove hat holding a large rock. This represents Moses Carter (1801–1860) a local strongman that lived in the village in the nineteenth century. Carter was alleged to be over seven feet tall, and famously carried a large stone from a building site to The Boot public house. The stone is still in the pub's garden. Carter is affectionately known locally as 'The Histon Giant'. 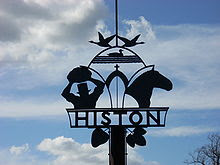 Histon FC is nicknamed "The Stutes", originating from the club's previous name Histon Institute, and they play their home matches at Bridge Road in Impington. The club was formed in 1904 as Histon Institute F.C. and played for many years in the Cambridgeshire Football League. John Chivers, the chairman of the major employer in Histon & Impington, the jam company Chivers, helped to found the Histon Institute in 1903, from where the football club has its origins. The company donated a field, then covered in roses, for the club to play on, which is commemorated in the rose on Histon's crest.

This Pieman visited on a Tuesday in March. I had worked out that it was possible to comfortably walk to and from Cambridge railway station. This involved walking through the centre of Cambridge and out the other side. All in all I would estimate an hour’s walk. Comfortable for catching the 22:50 Liverpool Street service post match. 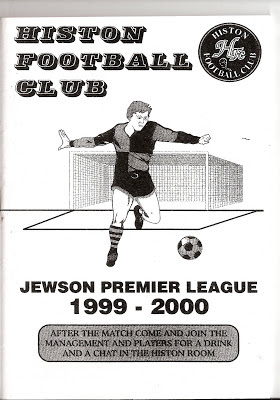