The mansion at Chessington World of Adventures known today as the Burnt Stub was originally built in 1348. In the English Civil War it became a royalist stronghold and was razed to the ground by Oliver Cromwell's Parliamentary forces giving it its modern name. The site became an inn and was then rebuilt on a grander scale from the eighteenth century by the Vere Barker family in a neo-gothic Victorian style. The grounds were turned into a zoo in 1931 by Reginald Goddard. Chessington Zoo became part of the Tussauds Group in 1978 and is now operated as a theme park. The mansion remains as part of the park as a haunted house called Hocus Pocus Hall.

The football club was founded in 1921, and affiliated to the Surrey County FA, and was originally called Chessington FC. A series of mergers over the years culminated with the coming together of Chessington United Football Club and Hook Youth/United in 1986. The club then joined the Surrey County Premier League for the 1994–95 season and finished as runners-up in the 1996–97 earning them promotion to the Combined Counties League, where they have remained since. 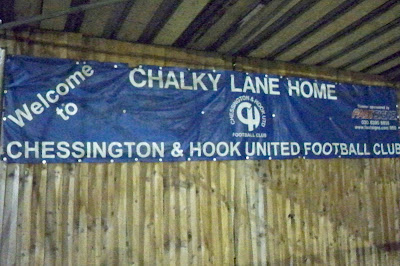 A midweek jaunt after work, involved catching a train from London Waterloo to Chessington South. Chalky Lane is situated on the opposite side of the A243 to Chessington World of Adventure. A decent end of season encounter saw the visitors take the points by the odd goal in seven. 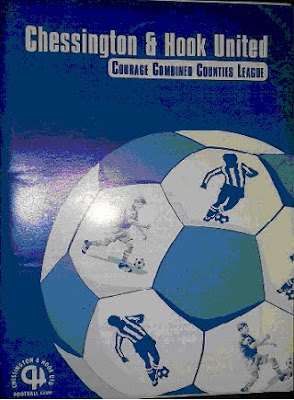