At the Norman Conquest, the settlement of Wigan was part of the larger parish of Wigan which, the majority of which was within the hundred of Newton. On 26 August 1246, Wigan was granted a Royal Charter, making the town a free borough.This happened after Salford was granted its Charter in 1230 and before Manchester in 1301.As a borough, Wigan was represented in the Model Parliament from 1295–1306 by two burgesses – freemen of the borough. The Charter allowed taxes to be made on transactions made in the borough by tradesmen and permitted the local burgesses to establish a guild that would regulate trade in the borough. Non-members of the guild were not allowed to do business in the borough without permission from the burgesses. It is thought that when the Charter was reconfirmation in 1350 it was changed, allowing the election of a mayor of Wigan for the first time. Three burgesses were elected to be presented to the lord of the manor who would choose one man to be mayor for a year. 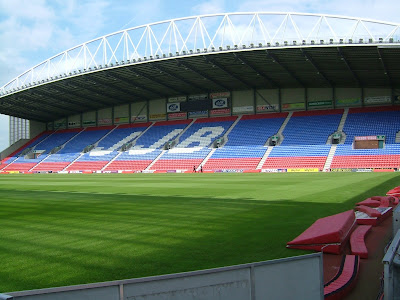 Staying in Manchester for the following day’s FA Cup semi-final at Old Trafford, this Pieman was pleased to be able to visit a new ground. Heavy rain had caused the postponement of most of the region’s non-league fixtures. The stadium is only a short stroll from the railway stations. We sat along the side in the West Stand, enjoying a fine view of Brentford’s victory. 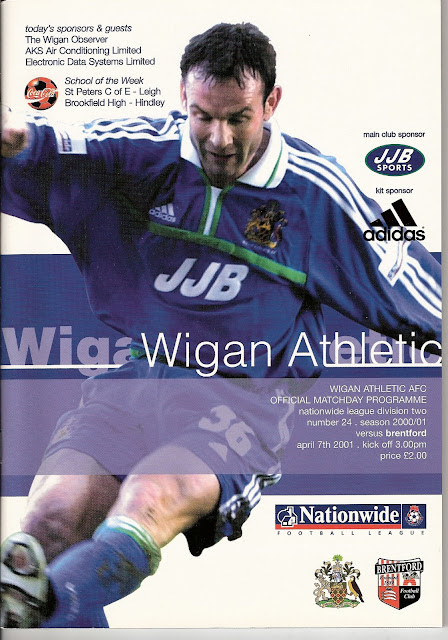 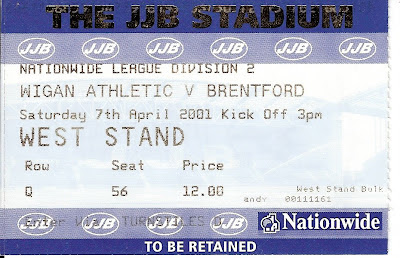 Subsequent visits to the JJB Stadium