Arnhem is a city and municipality, situated in the eastern part of the Netherlands. It is the capital of the province of Gelderland and located near the river Lower Rhine as well as near the St. Jansbeek which was the source of the city's development.

In World War II, during Operation Market Garden (September 1944), the British 1st Airborne Division and the Polish 1st Independent Parachute Brigade were given the task of securing the bridge at Arnhem. The units were parachuted and glider-landed into the area on September 17 and later. The bulk of the force was dropped rather far from the bridge and never met their objective. A small force of British 1st Airborne managed to make their way as far as the bridge but was unable to secure both sides. The Allied troops encountered stiff resistance from the German 9th and 10th SS Panzer divisions, which had been stationed in and around the city. 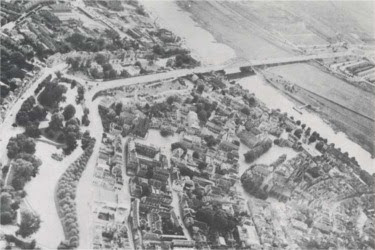 The British forces at the bridge eventually surrendered on September 21, and a full withdrawal of the remaining forces was made on September 26. These events were dramatised in the 1977 movie A Bridge Too Far. As a tribute, the rebuilt bridge was renamed 'John Frost-bridge' after the commander of the paratroopers. 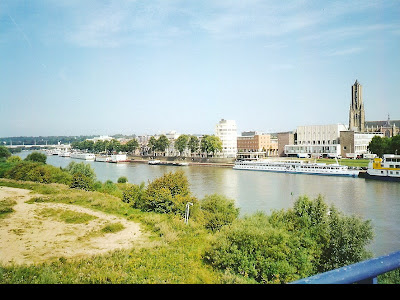 I had accumulated sufficient Eurostar points to qualify for a free return journey and was able to put these to good use for this jaunt. I caught an early morning service from Waterloo to Brussels, from where I purchased a cheap weekend return to Arnhem. The journey via Antwerp involved changing to a connecting service at Roosendaal. There a regular buses to the stadium from the town and we took advantage of this option. 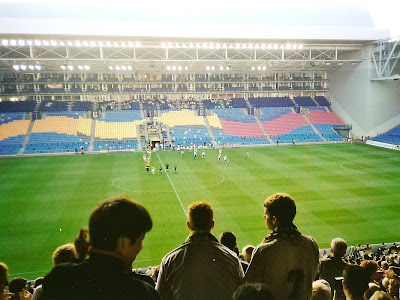 The Gelredome is the home stadium of Vitesse in the city of Arnhem in the Netherlands. It was built in 1998, featuring a retractable roof as well as a convertible pitch that can be moved when unused during concerts or other events held at the stadium. Its capacity is 32,500 spectators, 39,000 for concerts and the stadium has a climate control system. It was also one of the venues for the Euro 2000 tournament held in the Netherlands and Belgium. 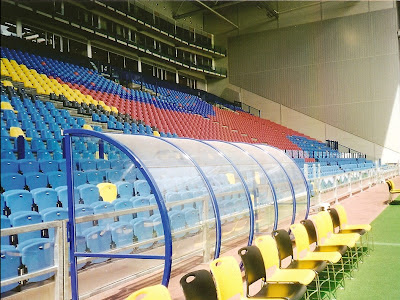 I am particularly grateful to Good Bobwin’s chauffeur (Steve Martin) for the excellent pre-match photographs. I understand that his party gate crashed some Japanese tourists who were given a guided tour of the stadium. 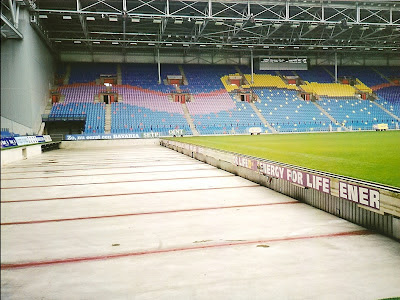 A good stadium though and a very good opportunity to visit one of the lesser known clubs from the Netherlands. We were grateful to be sitting along the side as the Spurs fans behind the goal were crammed into a rather odd looking enclosure. 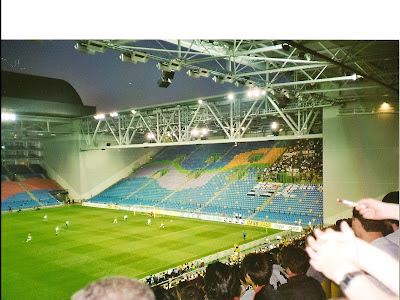 This match was played early on a Saturday evening and was watched by a sparse 9,800 crowd. Spurs ran out comfortable winners courtesy of goals from Stefan Iverson and Darren Anderton. After the match we adjourned to the main square to enjoy some rather large glasses of local beer – again for research purposes. We walked it back to town in about 25 minutes. 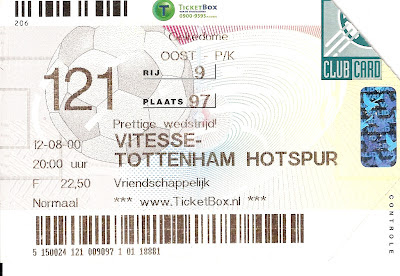 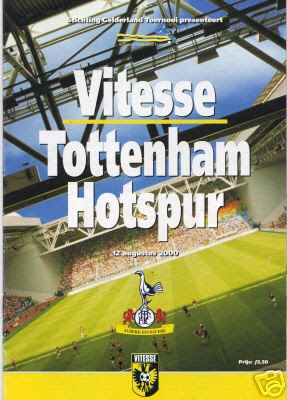