Arlesey is a small industrial town in the district of Mid Bedfordshire in Bedfordshire. It is located about four miles north of Hitchin and four miles south of Biggleswade. Arlesey railway station provides direct train services to London and Peterborough. The Doomsday book mentions Arlesey as a market town. St Peters Church, situated in the Church End part of the town, was built in the 11th century by the monks of Waltham Abbey. Major employers in Arlesey used to be the Fairfield Hospital (now re-developed as housing) and the former brickworks (producers of the Arlesey Whites bricks seen in many local buildings). Some of the clay pits used by the brickworks are now lakes including the Blue Lagoon, which hosts fishing and sailing clubs. 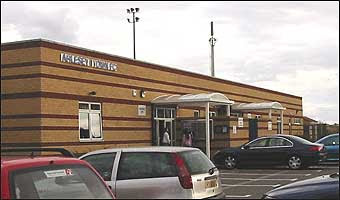 I first visited Arlesey back in 1994 for their FA Vase Quarter Final v Boston FC. In those days they were based at Lamb Meadow but in recent years they have relocated to a new stadium at Hitchin Road. Lamb Meadow was also located on Hitchin Road but was nearer to the town. 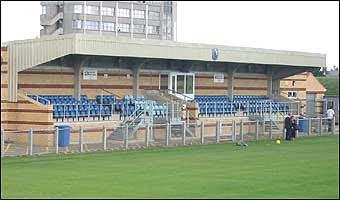 The new venue is further from the railway station and based on previous experience it might take up to 45 minutes to walk. There appeared though to be plenty of buses passing the ground and, certainly on a Saturday, a bus from nearby Hitchin (more trains too) would seem a good bet. 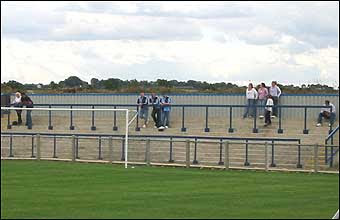 The new stadium is very good, with a decent sized stand, covered terracing opposite and banked terracing behind one goal. The clubhouse looked good with a thriving social scene. With no pubs in sight of the ground, I guess they have a regular trade from the area. 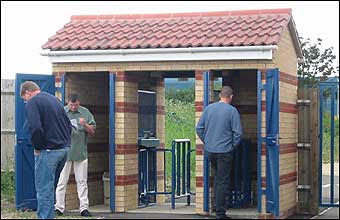 Admission to the game was £6 and children under 11 are admitted free; a result for me as I had 2 with me. Sadly the offer was not extended to Spouses but you can't have everything. 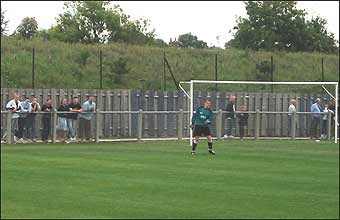 Despite a bright start, Uxbridge fell behind to two first half goals from Arlesey and further misfortune came in the second period when they lost their keeper (broken leg I think). A slight delay ensued before their assistant manager went between the sticks.