Cheltenham, is a large spa town and borough in Gloucestershire, located on the edge of the Cotswolds. It is the home of the flagship race of British steeplechase horse racing, the Gold Cup, the main event of the Cheltenham Festival held every March. The town hosts several festivals of culture often featuring nationally and internationally famous contributors and attendees, including Greenbelt, Cheltenham Literature Festival, Cheltenham Jazz Festival, Cheltenham Science Festival and Cheltenham Music Festival. 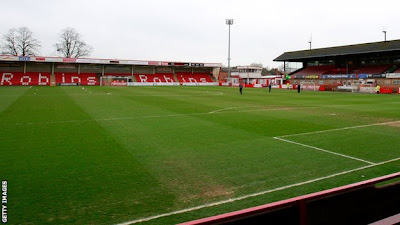 Taking advantage of the recent Daily Mail offer, we arrived in Cheltenham at 10.20. We headed straight to the Whaddon Road ground in order to purchase discounted match tickets (mid-day being the deadline). I would estimate a steady 35 minute walk from the railway station. Our next port of call was the Sudeley Arms where from a decent selection of real ales, I enjoyed 'Jouster Ale' from Goffs Brewery. We followed this with a visit the Kemble Brewery Inn (yes still there Cheltspur and after 20 years I think you should revisit). CAMRA information describes this pub as 'small, so hard to find (a former back street butchers shop) but worth the effort'. This description is spot on as we missed the correct road at the first attempt. Here I sampled 'Cats Whiskers' from Whittingtons Brewery. Moving on to the High Street we visited 'The Swan' and another Goffs ale, this time it was one of their 'ales of the round table' 'Mordred'. Followed by the 'Restoration Inn' - 'Dirty Tackle' from the Wychwood Brewery. The Swan is a deceptive venue in that it has a very modern appearance and yet it clearly caters for all and on our visit had a very mixed clientele. One of whom, a CAMRA activist informed us that the 'Cotswold Arms', just up the road, was hosting ' The Cotswold Beer Festival'. At this establishment I opted for 'Dance' from the Severn Vale Brewing Co. 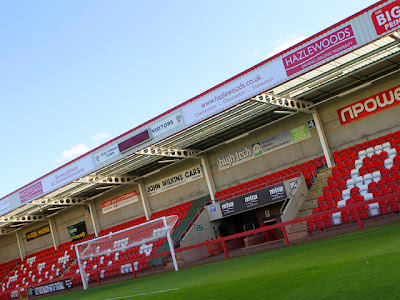 After this refreshment excursion, it was off to Whaddon Road for the League Two encounter with Rochdale. I think Matt would agree that even when considering the poor fare dished up by Spurs recently, this match was not a classic. 7th placed Cheltenham failed to match the enterprise of 15th placed Rochdale and it was a surprise when the Robbins snatched the lead shortly before half time. Rochdale shared the spoils with a goal shortly before full time and may, with better finishing earlier on, have claimed all 3 points. The stadium is decent enough for this level and although there is plenty of seating available we opted for a rare terraced opportunity. However this is not a big stadium and I guess it might struggle like many to cope if Cheltenham progressed. Having said that they hosted Newcastle in the FA Cup recently and I guess the Geordies would have been allocated the seated end (completely empty on Saturday). 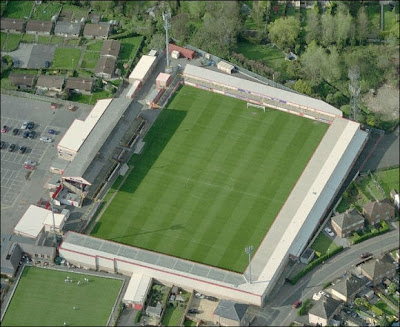 After the match it was back to the Sudeley Arms to warm up with a pint of Brains'SA' . One bar had been taken over by some very noisy Rochdale fans who had adjourned to this venue in advance of Rickie Lambert's equalizing goal - still they seemed happy enough! From here we made our way to the Adam and Eve where I delighted in 'Moonlighting' from Arkells Brewery. This is very much a locals pub, in the time we were there everyone seemed to know everyone (I knew Matt and he knew me) it was friendly though and stocked a fine selection of Arkells beers. I don't want anyone to be under the impression that this trip was all about beer, My travelling companion loves his apples and apart from enjoying his regular Stowford Press he also got some 'Black Rat' cider from the Moles Brewery in The Swan and at 6% this was a very chewable cider! 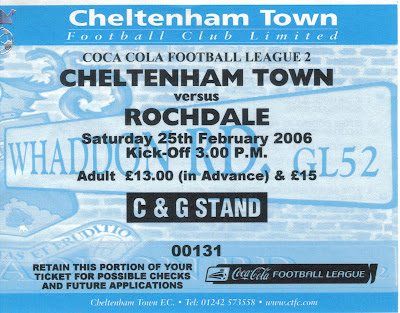 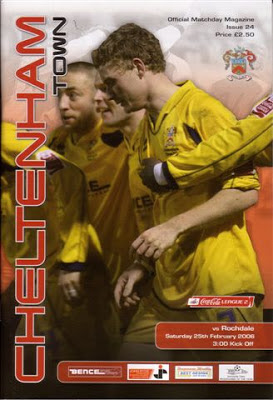