Straddling the Bosphorus, its skyline studded with domes and minarets, Istanbul is one of the truly great romantic cities. Its history tracks back from Byzantium to Constantinople to its place at the head of the Ottoman Empire. Today it hums as Turkey's cultural heart and good-time capital. In this sprawling, continent-spanning city you can tramp the streets where crusaders and janissaries once marched; admire mosques that are the most sublime architectural expressions of Islamic piety; peer into the sultan's harem; and hunt for bargains in the Kapalı Çarşı (Grand Bazaar). 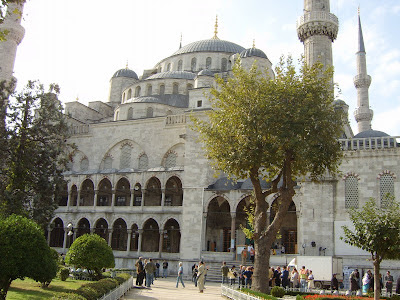 This was unknown terrritory for the Pieman and a Wednesday lunchtime flight from Stansted with Turkish Airlines saw us arrive in Istanbul after dark. That evening we visited a local restaurant and sampled some good quality local fare washed down with the local EFES Pilsen. Istanbul is a sprawling mass and the following morning provided the opportunity to explore. En route to the Grand Bazaar, Ciderman and I encountered a local who exchanged pleasantries but soon made off when we told him that we did not want our shoes polished. As he fled he dropped a brush and when I called him back he insisted on cleaning my shoes free of charge. Reluctantly this took place and I offered him some money which he and his colleague (where did he come from?) deemed to be insufficient. Pieman wondered how his free shoeshine could cause such a situation and refused to pay anything. 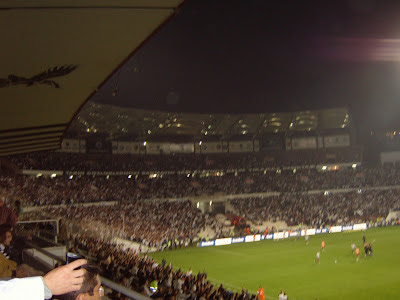 The Bazaar is one of the largest covered markets in the world with more than 58 streets and 4000 shops, and has more than it's fair share of rubbish along side quality items. There is a sliding scale of prices depending on how much money the retailers think they can fleece you for. In Turkey this is acceptable commercial practice (and these people want EU membership - Ed) and an example of this is the box of Turkish Delight obtained for Mrs Pieman. This was bought for half the price originally quoted. The buffet breakfast at our hotel was good and substantial and Ciderman and I did not eat again until late afternoon. We opted for one of the up-market fast food type establishments, Bereket Halk Doner Restaurant and it was here that the Pieman supplemented his Lamb and Potatoes in sauce with Macaroni in Yoghurt. A pleasant combination indeed! 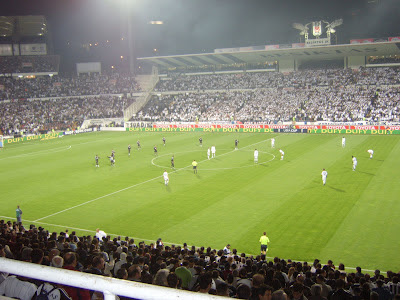 It was difficult to know what to expect at the stadium. Turkish fans have a reputation for their passion and it has to be said that the Besiktas crowd fully lived up to this. However, there was not a hint of unruly behaviour and their repetoire of songs, chants and collective movement was second to none in my experience. They were a true credit to their club and in the end proved to be honourable in defeat. I will not dwell on the match as other media outlets will go into detail but this was the best performance from Tottenham Hotspur so far this season and the victory was more emphatic than the 2-0 result suggests. 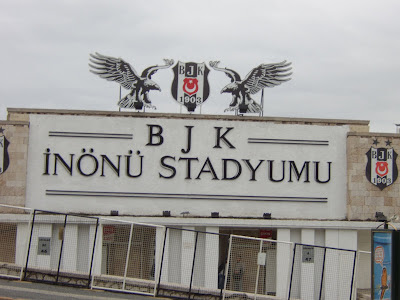 The 35,000 capacity BJK Inonu Stadium is located on the European side of the Bosphrus, close to the Dolmabahce Palace. The nineteenth-century palace housed the Sultan's last harem before the fall of the Empire, and was also where Ataturk, founder of the Republic, died in 1938. Simon Inglis (The Football Grounds of Europe) claims "There are few more restful spots in this bustling city, except, of course, on match days." This Pieman had entered the ground earlier in the afternoon and his linguistic skills tripped him up when he was escorted on to the roof when looking for the toilet. We believe he was mistaken for an employee of Channel 5 who were covering the match. At this time a group of people rushed into the stadium and started to clean the seats. Guess which part of the stadium they forgot to clean? 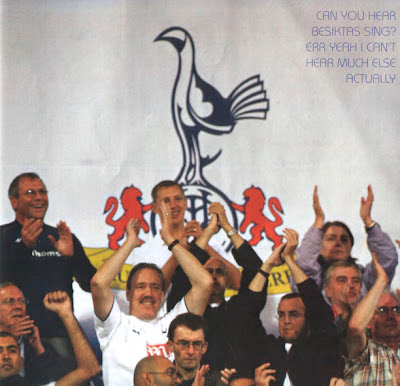 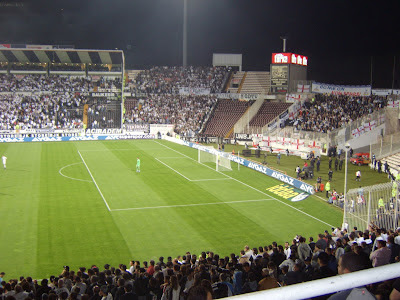 On both flights to and from Stansted, we were accompanied by the Royal Philharmonic Orchestra (RPO) who were performing near the Besiktas ground on the night of the match (the Pieman accompanied by an orchestra - surely not! - Ed). This was an interesting experience, particularly as seats had to be booked for some of the instruments. On the outward flight, a retired BT employee from Walthamstow and another not retired (just very relaxed) were forced to drink vast quantities of free booze by a member of the RPO (his name was Martin Chivers!). On the return leg, The Pieman enjoyed a lengthy conversion with Francois Rive, a cellist and Barnet supporter. These flights can be tedious but a conversation which engulfed Hendon FC, Turkish Delight, Blogging, Pittsburgh Steelers, Poole Pirates Speedway, Tiger Woods and the legendary Frank Worthington, made it seem like a domestic flight. Great company - thanks Francois. 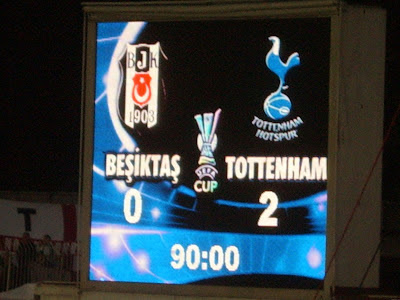 Finally - The Pieman would not be a good journalist if he did not acknowledge the sizeable charitable donation made by Rosie and Chris in Istanbul on the eve of the match. It seems they did not have enough cash on their persons and volunteered to go to the bank to make a substantial withdrawl. Well done gentlemen. 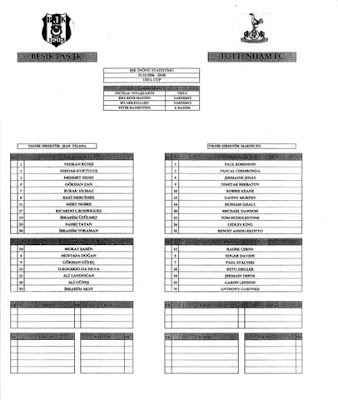 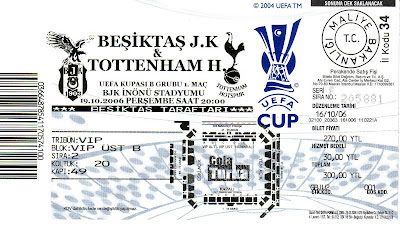