Dartford is the principal town in the borough of Dartford. It is situated in the northwest corner of Kent in South East England, 16 miles (25 km) east south-east of central London. The town is situated in a valley through which the River Darent flows, and where the old road from London to Dover crossed: hence the name, from Darent + ford. Although today it is principally a commuter town for Greater London it has a long history of cultural importance. Long before Mick Jagger, the first people appeared in the Dartford area around 250,000 years ago, a tribe of prehistoric hunters called Swanscombe Man (a piece of skull from Swanscombe Man can be seen in the Horniman Museum, Forest Hill, South East London), and the town's situation has meant that many people have lived there through the ages. There have been finds from the Stone, Bronze and Iron Ages. Dartford is mentioned in the Doomsday Book, written after the Norman invasion in 1086. The Darent Valley had one of the highest densities of villas and villa estates in the whole of Roman Britain. The Romans engineered the Dover to London road (afterwards named Watling Street) which crossed the River Darent here.

The Pieman visited Dartford's old ground, Watling Street, in 1989 for an FA Trophy tie with Dorchester Town. At the time Dartford were managed by Peter Taylor, currently in charge at Crystal Palace. This subsequent visit was to Princes Park, Dartford's brand new stadium. This was the second ever competitive 1st team match at the new venue. I was offered a lift and although this was via the M25 in the rush hour, we had a decent journey from Cheshunt. Crossing the Thames, as many will know, involved using the splendid Queen Elizabeth II Bridge; for the journey south returning via the Dartford Tunnel. I am informed that the nominal toll charged also helps fund the Woolwich Ferry. 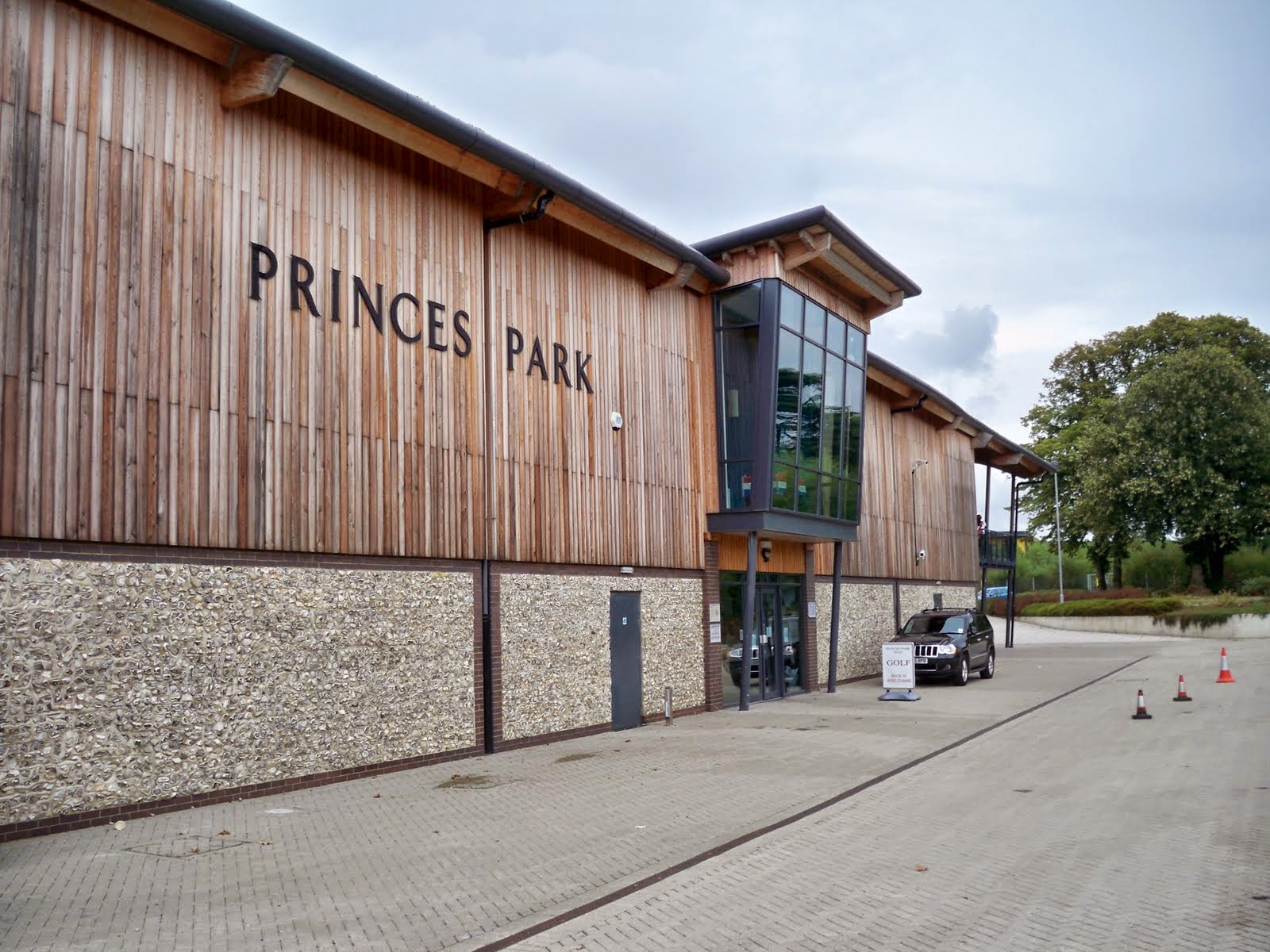 There has been a lot of publicity surrounding Dartford's new Princes Park Stadium. The terraces are fully covered by an innovative green 'living roof' and a terrace walkway right around the ground makes access easy for everyone, including those in wheelchairs. One side of the ground is seated with the remainder terraced. The ground can be reached from Dartford railway station in little more than 10 minutes. 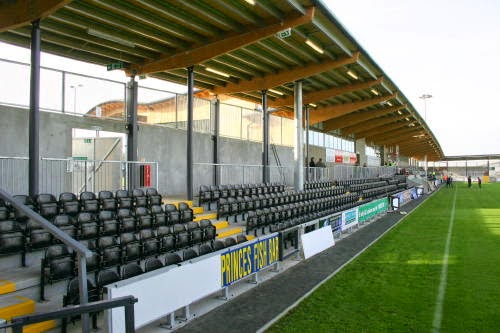 Having won their first league match at their new home on the preceding Saturday, Dartford were given a real test by Boreham Wood in this cup match. The visitors always had the edge without being totally convincing and scored 3 goals, of which 2 were sliced into their own net by Dartford defenders. Access to parking on the night was a bit of a problem. We opted to park in Darenth Road and this enabled a relatively swift departure. I was home an hour later. 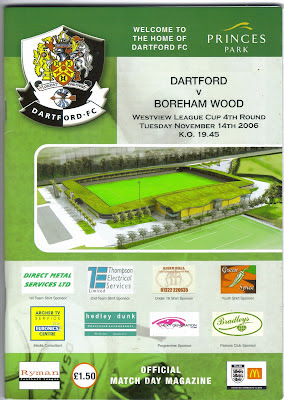