Erith lies on the banks of the River Thames in the area now covered by the London Borough of Bexley. The history of the town is inextricably bound up with the river – indeed, there was once a royal dockyard just to the north-west of the present town centre. The name Erith dates from Saxon times and means ‘muddy harbour’ or ‘gravelly landing place’. The earliest reference to the area is in a Latin charter of 695 recording a grant by the Bishop of the East Saxons of certain lands at Erith. Erith suffered heavily from bombing during the Second World War because of its proximity both to the river and to the Royal Arsenal. Partly due to this and to the decline in local trade after the war there was a major redevelopment in the 1960s. Unfortunately many of the original buildings were lost but some of the original townscape remains.

Erith Town FC play at Erith Stadium, an athletics arena located 5 minutes walk from Erith station. The site also contains a leisure complex run by Bexley Borough Council and includes an indoor swimming pool. As is often the case with such venues, spectator facilities for football are a bit different. However, backing onto the Leisure Centre is some seated accommodation from which a decent view can be obtained. There is no cover however, for this reason I was grateful that it was just cold weather that we had to put up with. The remainder of the stadium does not offer any other spectating facilities. Refreshments can be obtained from the Leisure Centre but a short walk across the running track leads you to the athletics pavilion and changing rooms which Erith Town use for refreshments. On a day like today the hot drinks were most welcome and there is room to sit and watch Sky Sports News on TV. 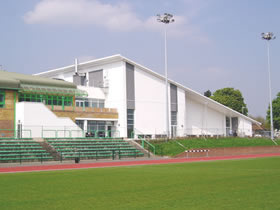 Erith Town are struggling this season and prior to today's match, had failed to score in 11 of their 20 competitive matches. However, within 15 minutes today they were 2-0 up against high flying Greenwich and were playing some 'good stuff'. The visitors did score soon afterwards and took the points with a couple more strikes in the second period. 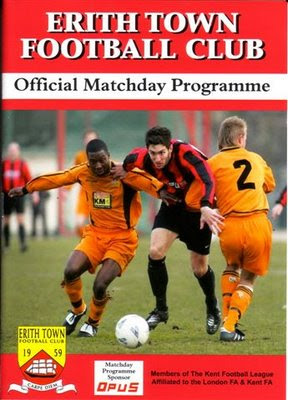