Eccleshill (population 16,769 - 2001 UK census) is a Ward in Bradford Metropolitan District in the county of West Yorkshire, England. The ward is a more or less completely residential urban area with very little open space though there is substantial open land directly east of the ward boundary. It includes the areas of (in approximate north to south order) Greengates, Thorpe Edge housing estate, Bank Top, the eponymous Eccleshill, Ravenscliffe housing estate and Fagley.


Before setting off for the match I chanced upon Wetherspoons at Leeds Station. A swift pint of Fuggles Bitter from Saltaire Brewery was very pleasant indeed.I intended to travel to Plumpton Park via Bradford, Forster Square being the nearest of the two stations (2 miles). However, the train I was on from Leeds was stopping at Frizinghall which is even nearer. I should add though, that to reach the ground it involves a constant uphill trek (Ciderman – I’m told this climb was comparable to that for Slavia Prague – Ed). The summit of the hill provides a fine view of the Bradford and Shipley area. The ground is located in what appears to be a fairly affluent part of Bradford and is situated behind houses. 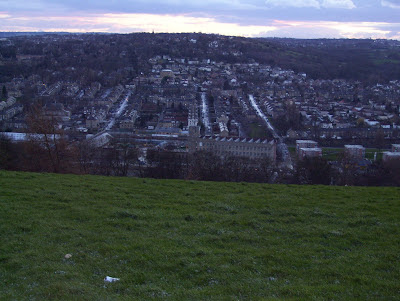 This was a very cold evening and the Pieman confesses to being delighted that Pie & Mushy Peas was already on sale in the clubhouse before the match. Spoilt for choice I selected Peppered Steak from a choice of pies that also included Meat & Potato, Steak or Pork. The ground boasts a seated stand (225 seats) and a covered terrace behind the goal at the clubhouse end of the ground. 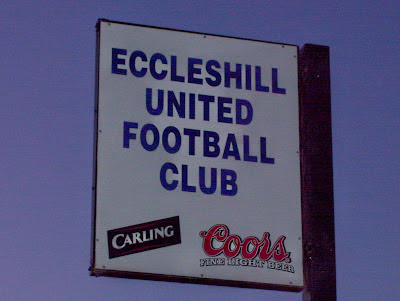 Therefore it was no surprise when ‘The oldest football club in the world’ took the points courtesy of first half strikes by Rob Ward and Gavin Smith. The victory could and should have been more emphatic but the Sheffield attack was comparable to Keane and Defoe at Grimsby last season – why pass to someone better placed when you can squander the chance yourself. Visitors Sheffield FC are top of the table at present. They or Retford Town who have games in hand will most likely win the title. 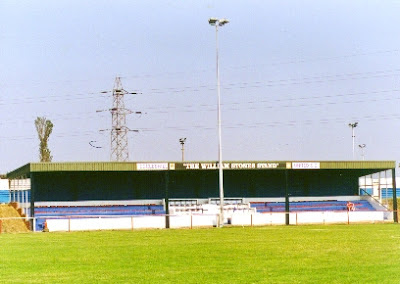 As expected, the descent to Frizinghall Station was much easier than the earlier climb. I was able to catch the 22.09 to Shipley from where my connection got me back to Leeds just after 22.30. 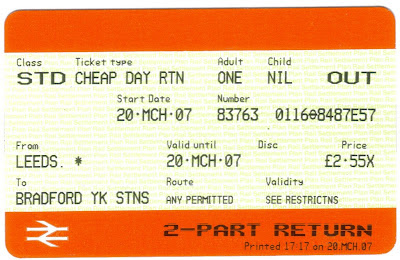 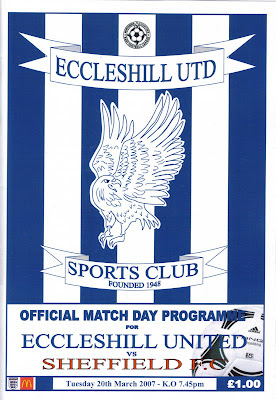